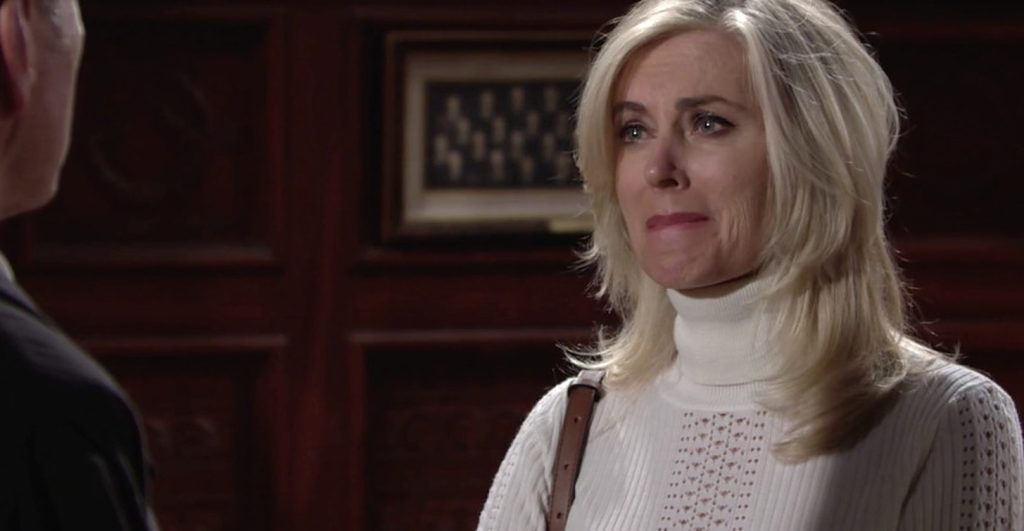 The Young And The Restless Spoilers: Tucker Gets In An Accident? Ashley RETURNS For Ex-Lover?

The Young And The Restless spoilers tease that Tucker might face a near-death situation. This might become the reason why Ashley rushes down from Paris. Will the history repeat itself and show Tucker as a victim? By garnering sympathy for the villain, will the show try to give him a redemption plot? Let’s discuss what might happen with Tucker now that his plans have failed miserably.

Fans know that Devon exposed Audra, and with that, Tucker’s solid schemes and plans failed miserably. The Young And The Restless showed how his own son is now against him. He came to the town to get back with his loved ones and also to take over the business. Now that everything is exposed, he has not just lost his dream to build his business but also his son and Ashley. However, this doesn’t mean that Tucker will remain like that in the show.

Earlier, to garner sympathy for Tucker, the show made him say that he was met with an accident. Although, to this date, no one knows if it’s true or not, Tucker did get some sympathy from Ashley. So, what will the writers plan to do now? Will Tucker get into another accident

just like how he did before? Whether it was a lie or not, chances are there that the writers might give him a plot twist by giving him a near-death accident plot in the story. If that really happens, how will the story move further ahead? Let’s discuss that.

It won’t be a surprise if Ashley actually starts falling for Tucker after their recent intimate moment. The Young And The Restless showed how Ashley and Tucker hit the sheets. Even though Ashley made it clear that she will have to think about their relation, that definitely doesn’t mean that she has no feelings for him.

Now that twist here might be the accident that might make Devon and Ashley come back to Tucker. The storyline will become much more interesting if Ashley comes back from Paris once she gets the update about the accident. In the meantime, Devon might also realize that he doesn’t want to lose Tucker just like Neil.

Once these two come back to Tucker, what will happen next? Will Tucker understand his mistake and focus on reuniting with his family, or will he sink deeper than before? Stay tuned as Y&R will air more interesting and twisted episodes in the coming weeks. The Young And The Restless airs every weekdays on CBS. For more updates and spoilers, visit our website, TV Season & Spoilers.