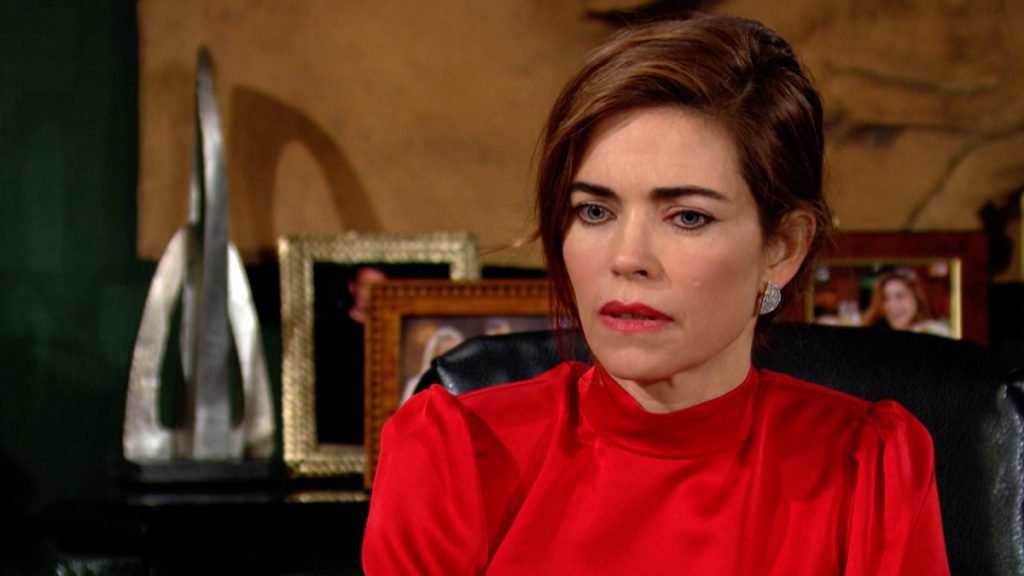 The Young And The Restless Spoilers For Wednesday, February 16, 2022: Victoria’s Makes A Move, Victor Asks For Adam’s Help

The Young And The Restless spoilers for Wednesday, February 16, 2022, suggest that new drama and trouble is brewing in the Newman mansion. So far, fans know that Victoria is planning against Adam, which she will continue in this episode.

Meanwhile, Victor would take Adam’s help to seek information regarding Ashland. While Victor will appear busy finding the information, Nick will worry about Nikki. Let’s see what will be Victor’s next move.

The Young And The Restless fans know that Victoria was pretty upset when Adam decided to stick back as the CEO of Newman Media. However, Victoria hopes that he won’t remain the CEO of the company for long. She thinks that this will be especially true because he is sticking around with Sally who he has appointed as the COO of the company. Thus, Victoria will feel like she doesn’t have to wait too long to see Adam fail.

However, she will think that it’d be fun to watch Adam fail and rob him of the chances of proving himself in front of Victor Newman. She will tell Ashland about her plans and how she wants to destroy Adam as quickly as possible. It will be a pleasure for Victoria to plot against her brother.

The Young And The Restless: Victor Asks Adam’s Help

While Victoria plots against Adam, Victor will already be working on some scheme. All of this will be related to Ashland. He is planning to send Adam to gather information about Ashland. Victor will basically ask Adam to spy on Ashland and see if he can find the secrets which he’s hiding from everyone.

The Young And The Restless spoilers suggest that Victor will catch Sally and Adam kissing sometime in the week. While Adam doesn’t want to keep his romance with Sally under wraps, Victor will overhear this and disagree with Adam’s point. He will push Adam to hide this relationship.

Undoubtedly Victor will prefer to end this relationship entirely. Whether Victor forces Adam either now or later, it will indeed create a tense environment between father and son.

However, Nick is worried for Nikki as he doesn’t want her to get caught in the crossfire. Stay with TV Season & Spoilers to see what the future holds for Nikki and Nick. The Young And The Restless premiers on CBS all weekdays.