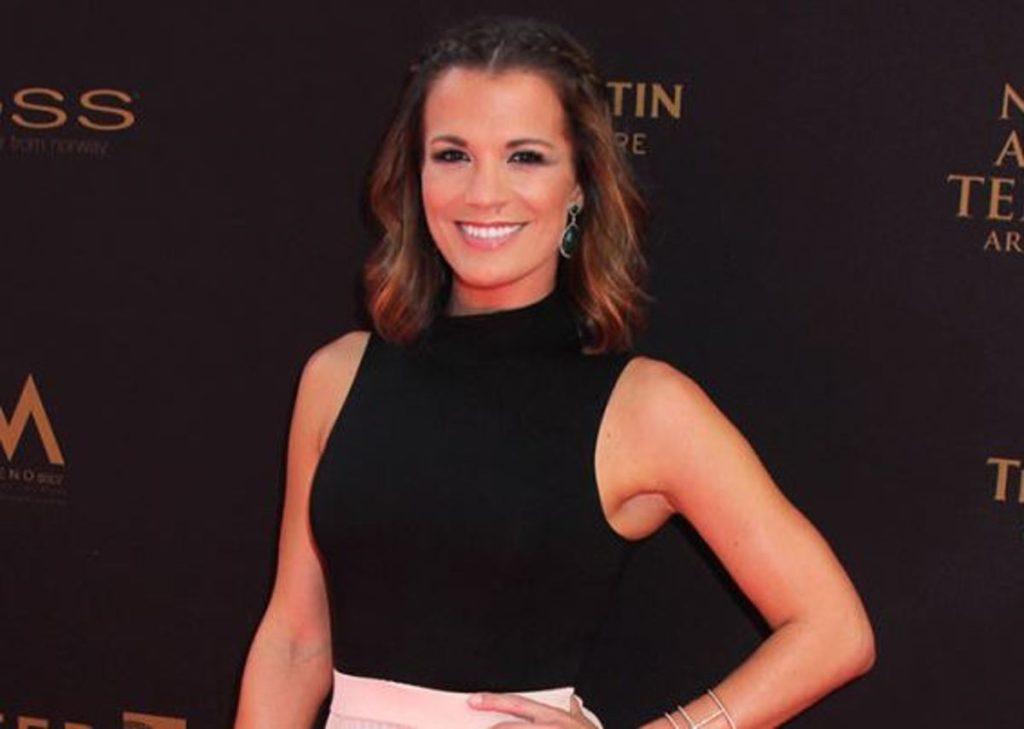 The Young and The Restless star Melissa Claire Egan often treats her fan with behind-the-scenes sneak peeks! But, what she shared recently on her Instagram left her fans and co-stars in fits of laughter! We bet you didn’t see this one coming! Keep scrolling to find out what caused the laugh riot on the actress’s Instagram post.

It’s no mystery that Chelsea Lawson’s life is going down the drain on The Young and The Restless! However, the character’s real-life counterpart, actress Melissa Claire Egan took the remark to another level altogether! We know that actors work very hard to bring their characters to life on the screen for us.

The Young And The Restless: Melissa Takes The Hot Seat!

Memorizing pages after pages of dialogues is not an easy task. Most people can’t even remember ten-digit phone numbers these days! And Melissa Claire Egan just showed us how dedicated she is to her craft, and we are in awe!

“I’ll study my lines pretty much anywhere #YR”, wrote The Young and The Restless actress under a photo on her Instagram. In the photo, Melissa is memorizing her lines with a rather serious look on her face. But we promise you won’t be able to keep a straight face when you realize where she is sitting! THE TOILET SEAT! Yes, we are not kidding! Melissa is sitting on a toilet seat, albeit it is a prop and not a real one. If you still don’t believe us, check out the post below!

Melissa’s co-stars, fans, and even The Young and The Restless official Instagram page quickly reacted to her post with uncontrollable laughter. However, some comments that caught our eye were, “Hahahaha..that toilet just cracks me up! Whoever sits on a toilet on daytime?” co-star Amelia Heinle cheekily questioned. There even was a dare from Melissa’s former co-star Alicia Minshew “I dare you to just drop your pants and go right there,” she challenged in jest.

“That’s just hilarious”, “LOL, the best thing I’ve seen all day”, and “that’s just too funny” were some of the fan reactions under The Young and The Restless star’s post. “Let’s talk about the toilet… I’d sh#% myself to have to memorize all those lines! Lol. !” another fan wrote, and we agree!

Getting insights like these from what goes behind the camera makes us appreciate our stars so much more. They really put in a lot of effort to bring to us these powerful scenes that we enjoy watching so much. Please share with us in the comments your views on Melissa’s picture from sets of The Young and The Restless.