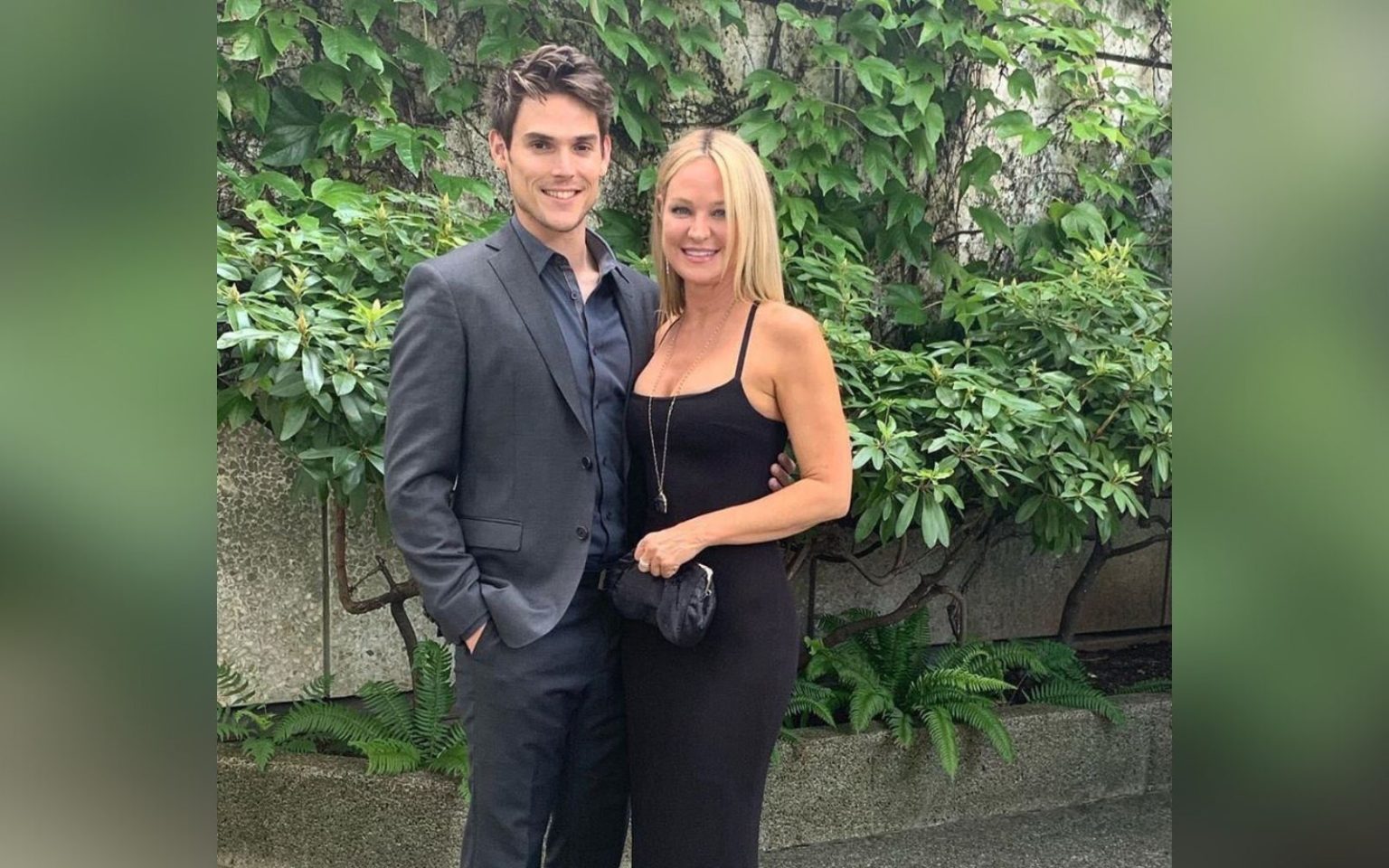 Daily Soap, The Young and The Restless, has seen many on-screen couple breakups over the years. One such breakup that also broke many fan hearts was that of Sally Spectra and Adam Newman. The fans had lovingly named them “ally”! These two characters have been brilliantly brought to life by fabulous actors Courtney Hope and Mark Grossman.

As fans already know, actress Courtney Hope was previously married to actor Chad Duell. However, unfortunately, the marriage ended in divorce in less than a year. On the other hand, actor Mark Grossman has been in a relationship with co-star Sharon Case. However, the latest rumor mill suggests that Courtney and Mark might have begun dating in real life. How true is that? Here is everything to know.

The Young and The Restless star Mark Grossman recently posted a picture on his Instagram story featuring him and co-star Cortney Hope in a selfie. Their sizzling chemistry in the photo is so evident that it instantly takes us back to the days of “ally” being a couple! Social media is rife with conversations sparked by this public demonstration of affection by the stars. Many fans wrote that the electrifying chemistry the two had on screen has transcended into a new off-screen romance!

However, many fans were also not far behind in wondering what happened to Sharon Case!?!? The Young and The Restless co-stars Mark and Sharon have been said to be going quite steady. Although, Mark Grossman is known to be quite a private person and hardly even speaks about his personal matters. Consequently, it becomes very difficult to figure out what actually is brewing in his off-screen life!

The Young And The Restless: What Went Down Between Mark And Sharon?

Sharon and Mark had posted online some pictures of themselves enjoying adventure sports in 2021. And those pictures are still very much up on Sharon’s profile. So, it’s really hard to say whether the couple have broken up or not. No news of their breakup had made headlines either, nor have the actors spoken about it so far.

Here are some of the messages fans have been writing online! “Wait, I thought MG was dating SC in real life?” wondered a fan. “Maybe Grossman didn’t want to be exclusive with Case?” responded another. “I could swear I saw a picture of the two of them at the Daytime Emmys that made me go, “Hmmm…”. I think they are dating in real life. They kiss like two people dating in real life.” Another fan shared on reddit. We also came across this very on point view on twitter. And we completely vibe with it.

The photo in question of The Young and The Restless co-stars Courtney Hope and Mark Grossman was taken at a recent wedding they attended. TV Season and Spoilers had earlier reported a story of Courtney enjoying a pre-wedding party with the bride and her tribe. Furthermore, we have found out that the beautiful bride happens to be the makeup artist of The Young and The Restless! This leads us to believe that while Courtney was her Maid of Honor, Mark could have been a friend and an invited guest of the bride!

In light of the above statement, we would like to refrain from hurting the actor’s and their fans’ sentiments by mindlessly jumping to conclusions. We would like to respect the fact that the selfie could have just been a frame shared by two friendly co-stars. It does not necessarily have to be anything romantic or scandalous in nature. We would further respectfully wait to hear an official announcement by the people involved if there is any news to be shared.

However, having said that, we surely would like to see Mark and Courtney’s on-screen persona back together. It won’t be a stretch to say that Adam and Sally made one of the most “LIT” on-screen couples. Recent The Young and The Restless spoilers have suggested that Adam is on edge about Sally being involved with his brother Nick. Moreover, Sally, too has had Adam on ever mind. Would you like to see Adam and Sally reuniting on screen? Tell us in the comments below! Please stay tuned to TV Season and Spoilers for more reliable and responsible news updates on your favorite stars!