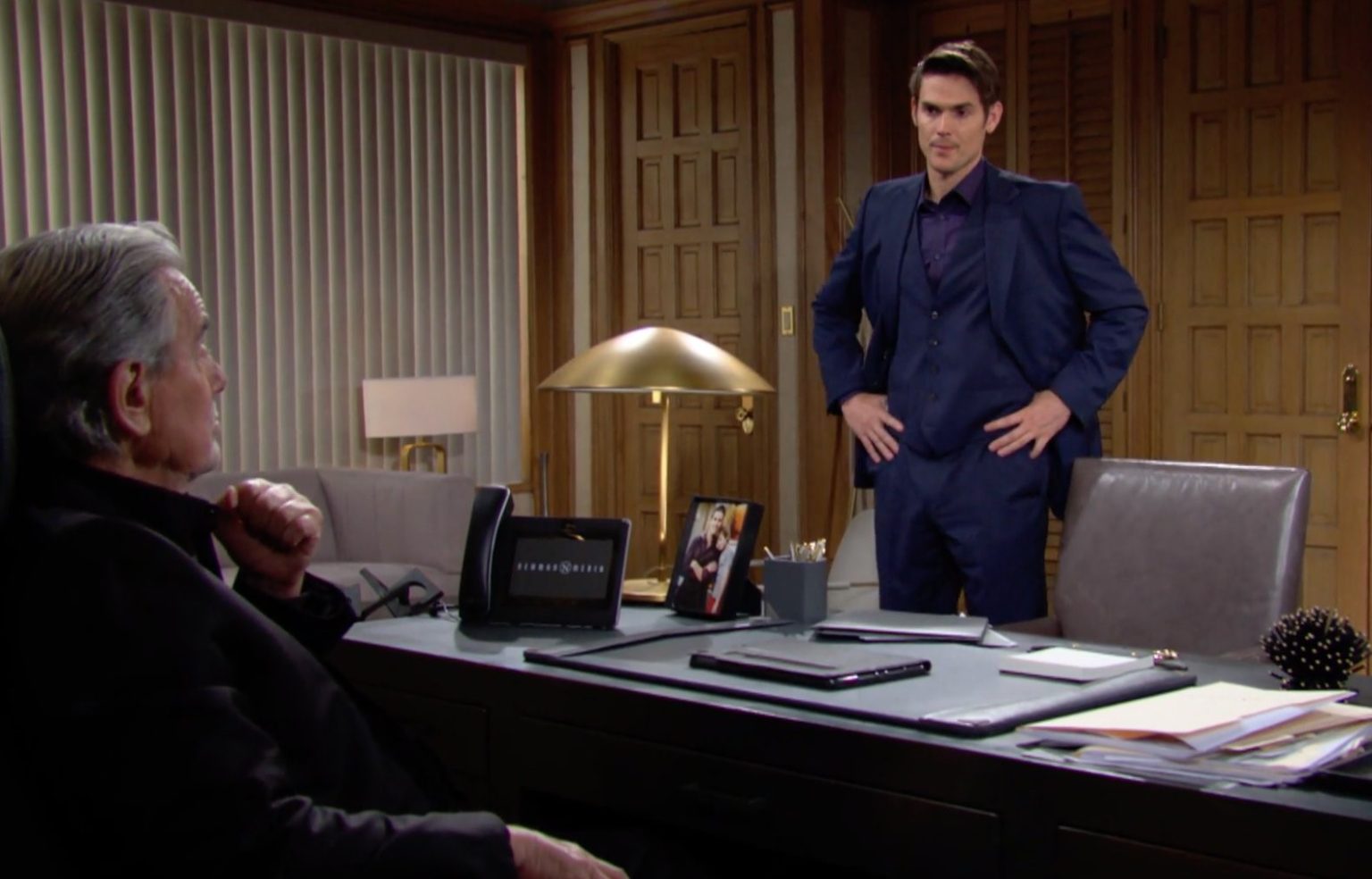 The Young And The Restless Update For Tuesday (March 1, 2022): Adam And Nick Pair Up, Phyllis Catches Up With Jack

The Young And The Restless update for Tuesday, March 1, 2022, suggest that someone’s secret is about to surface. Well, so far, fans have seen that Victor is behind Ashland, and finally, he will be able to get his entire family to fight against Ashland. So his sons Adam and Nick will team up to find more intel about Ashland’s illness. Meanwhile, Nikki appears worried for her daughter. Jack will let Phyllis join him in his journey. Let’s see what will happen next.

Adam And Nick Pair Up

The Young And The Restless update for Tuesday, March 1, 2022, suggest that Adam will continue to prove his loyalty. Although recently the father and son had a conflict, Adam assured that Victor could rely on him for the investigation related to Ashland Locke. Well, one son down, another one to go. However, it hints that Victor will deal with some problems when it comes to getting Nick to unearth Ashland’s truth.

The Young And The Restless fans will remember that Nick never trusted Ashland, and that’s why he did some research on his own before. However, instead of being rewarded, he was chastised for ruining his sister’s marriage. Since then, Victoria and Nick haven’t been on the same page. Even their bond never remained the same. That’s why he would be hesitant to commit another such investigation. But Victor will convince Nick that Ashland betrayed Victoria, and things could worsen, which they haven’t imagined.

Victor will continue to test Nick’s loyalty and will tell him that it is time to come together as a family against Ashland. But Nick will be a little hesitant working with Adam. Nonetheless, Victor will force Nick to support him in this mission and force him to team up with Adam. Since now, the company and Victoria’s future are in men’s hands.

The Young And The Restless: Nikki Worries For Victoria

While Victor seems busy dealing with his sons, Nikki appears lost as she tries to deal with the secret she’s keeping. Michael Baldwin’s video will remain in Nikki’s mind. She will try to give herself false hope that the Peruvian doctor did this just for money. Even though Victor won’t appear serious as he didn’t trust this video, Nikki knows that too. But the fact that Ashland betrayed Victoria with his faked cancer will continue to trouble Nikki.

Phyllis Catches Up With Jack

On the other end of town, Jack will call a family meeting. However, he won’t be able to bring all the Abbotts under one roof. But Billy and Traci will show up soon after they receive Jack’s call. Traci already knows that Jack is about to confess. But Billy will be surprised about Jack’s new update regarding Keemo Nguyen.

There he will admit that Keemo decided to cut him off from his life, and he was so ashamed that he pretends they are on good terms. But everything changed after the mysterious texts surfaced.

Jack will open up about his investigation with Phyllis Summers and how they find out about Keemo’s death due to a heart attack. Billy will appear upset over this and will offer some help. He will suggest that he can join him on his Los Angeles trip. Traci will also appear on the same page. But Jack will act like he wants to go alone. While Traci feels that something is wrong, she will go on a solo trip to Los Angeles later.