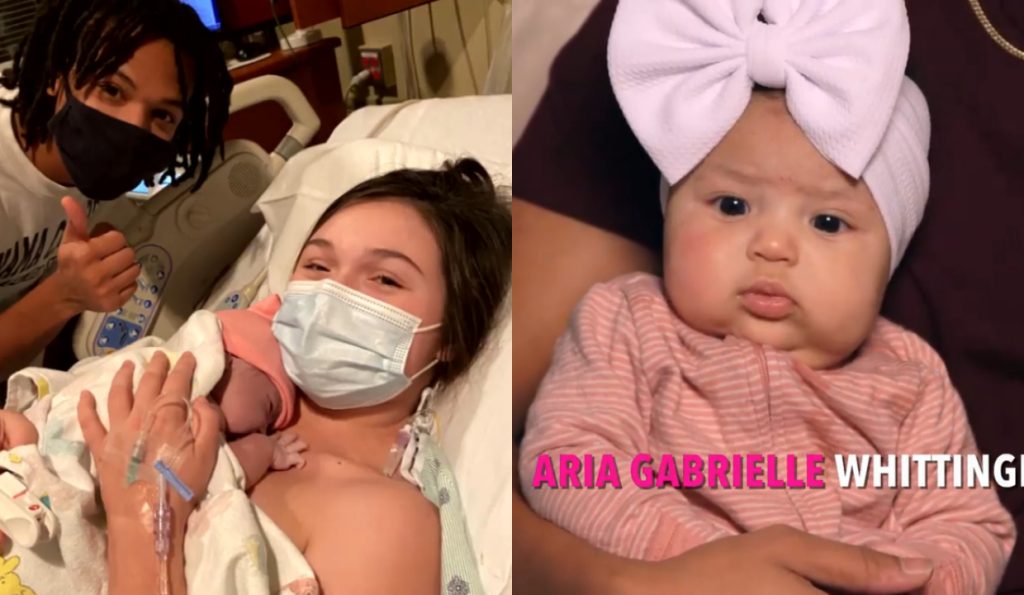 Taylor and Noah became a part of TLC Unexpected this season. From the beginning, they had a decent storyline, with the least amount of drama. However, a massive happening created a lot of problems for the two, right towards the end. Apparently, Noah ended up testing positive for coronavirus. As a result, Taylor had to go through the same fate since they would be in close proximity. What made matters worse was that she was close to delivering the baby during that time. Hence, she had to do it while being COVID positive. So, how did that turn out? Keep reading for more details!

Taylor and Noah had a wholesome storyline at the beginning of TLC Unexpected Season 5. In fact, they shared a good understanding of one another and appeared quite ready to take up the responsibility of becoming young parents. However, a devastating blow hit them as the soon-to-be father discovered he had COVID-19. As a result, baby mama Taylor had to undergo testing, too, as she would be around her partner a lot. Alas, she too was COVID-positive. Therefore, the situation created a lot of tension as this meant the star would have to give birth in that condition.

Well, TLC Unexpected viewers took note that childbirth is no easy task anyway. Hence, doing it while suffering from COVID would make it more challenging. Hence, their heart went out to the family, and they wished for the very best. Well, the season finale had Taylore finally deliver the baby. Apparently, she was very worried about getting her “epidurals” on time so that her symptoms don’t intensify. At last, Noah was the one who accompanied his partner and stayed with her during the delivery. Although Taylor’s mother, Candice, also wanted to be there for the birth but couldn’t due to her COVID.

Luckily, Taylor ended up giving birth to her and Noah’s baby girl, Aria. In fact, TLC Unexpected fans exclaimed in joy after finding out the little one didn’t have COVID. At last, the parents also introduced her during their confessional while stating she was born on October 22, 2021, weighing 8 pounds 10 ounces and 20 and a half inches in height.

TLC Unexpected: Jason Gets Bashed In The Tell All, Walks Off The Studio In Rage?

Well, with the previous episode, TLC Unexpected Season 5 came to an end as it was the finale. However, there is still more that fans are keeping an eye out for. Apparently, all the cast members are going to return together for the Tell All episode next week. This includes all the teen parents as well as their actual parents. After Jason Korpi became very controversial since his TV debut, fans are waiting to see him get schooled from the rest of the cast. In fact, the promo after the season finale suggested that a lot of shocking things were going to happen in the special episode.

Apparently, all the teen mothers are going to try and put some sense into Kylen about the nature of her relationship with Jason. Although they try to tell her he comes off as too controlling, the teen continues to defend her man. As his social media activity suggests that he is unapologetic for his actions, he will try to showcase that side to the cast too. Well, most of the members don’t stop coming at the problematic teen and hope that Jason ends up walking off TLC at last. Well, viewers remain extremely excited to see how it will play out next week. Until then, stay tuned to TV Season & Spoilers for more such TLC Unexpected news.