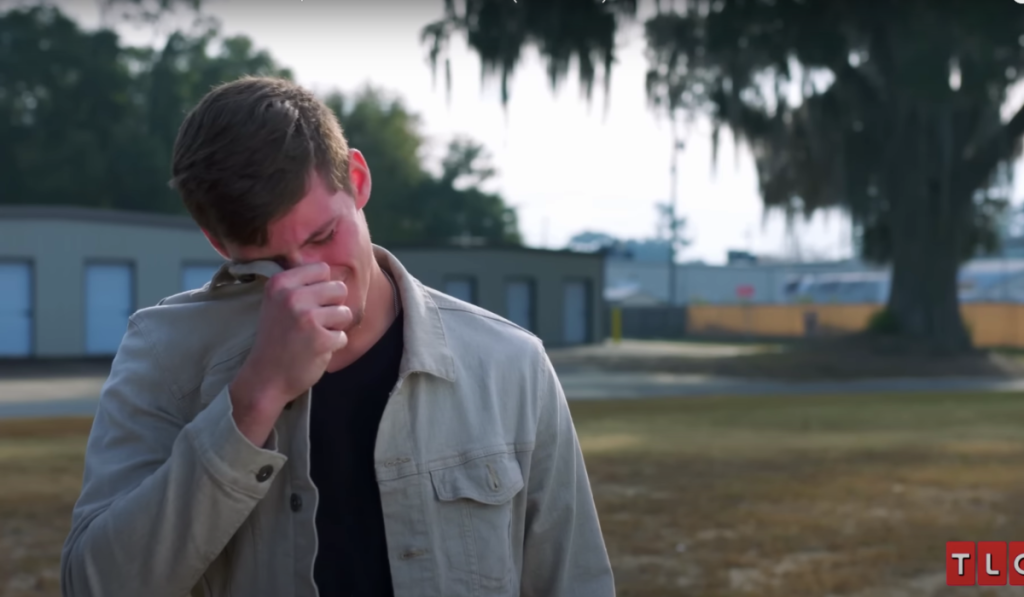 Welcome To Plathville: Max Kallschmidt Cries Like A Crocodile After Getting DUMPED By Moriah Plath!

Moriah and Max’s relationship has become a big topic to discuss. The Welcome To Plathville audience was shocked to find Max cheated on Moriah in the first place. They were heavily disappointed in him for ruining the beautiful bond. Similarly, as the show proceeds, the viewers get to know a lot more about cheating. In the latest clip, the audience finds Max crying several times. So, tune in with us to find out.

Welcome To Plathville: Max Cried On National TV As He Broke Moriah’s Heart!

Maintaining relationships can be hard. It requires so much. However, Moriah’s ex-boyfriend Max did cheat on her, and the news broke her heart. The latest clip shows Max’s choice and how he is shameful of it. Similarly, Max meets up with Micah and discusses the whole scenario. He lets out how and when things happened. But before that, as the cameras started rolling, Max did break down in front of the producers. As the clip progressed, the fans found Max and Micah having an intended conversation.

The Welcome TO Plathville star told Moriah’s brother how things escalated. Max described that he was at a co-worker’s party and met with a lady friend. Kallschmidt tried to be the wingman for his co-worker as he liked her. But, things went far, and the female friend found it normal to kiss Max. While narrating the incident, Max broke down again and seemed ashamed of his actions. Looking at Max, Micah felt uneasy as his sister is also upset. And also, there is a strain on his friendship. Max’s tears seemed genuine, and even Micah could realize it.

However, several Welcome To Plathville celebs could feel Max’s pain. But some fans are not buying it. The comment section was filled with people who were against the ex-boyfriend. One fan wrote that Max cried because he got caught on camera and not because he cheated. The same person also alleged that Max was seeking the attention of the others. Some also noted that Kallschmidt only wanted the fame from the show.

Welcome To Plathville: The Truth About Max & Moriah’s Relationship!

Moriah and Max had several fights while trying to figure things out after cheating. Moriah kept things to herself for a long time and did not reveal any truth. Soon, Max took to social media to share his story. He told the fans that he and Moriah were not in a good place and mentioned they were in a flunk. However, the reality star noted that she wasn’t in a “flunk” with Max as they were serious about building a future together.

Moreover, Max describing that his relationship was a flunk gave him a good reason to cheat. Moriah is very much upset as to how her ex-boyfriend twisted the narrative. The Welcome To Plathville fan also noted that her ex-boyfriend was making excuses. Do you think Max was crying just because he got caught? Tell us in the comments below. And stay tuned to TV Season & Spoilers.