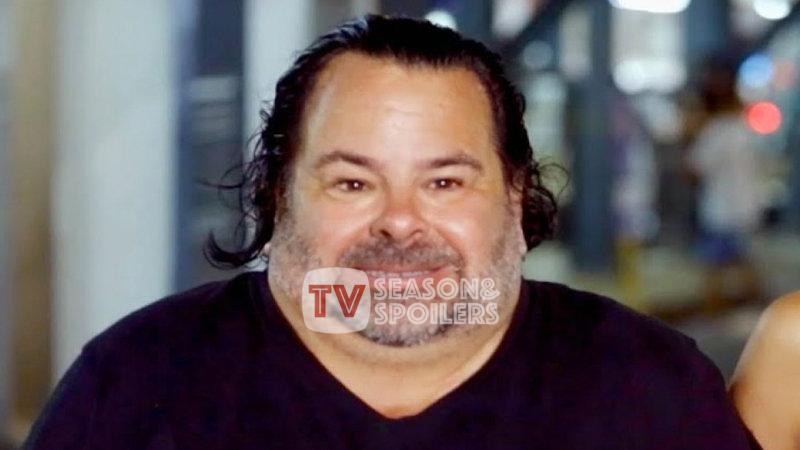 It has been years since Ed Brown, aka Big Ed, was introduced on the widely popular reality series 90 Day Fiance. The show has featured plenty of cast members since its debut, yet, Ed has managed to make an everlasting impression. Well, it’s hard to say that the impression was entirely positive, but he has surely offered a lot of humor to the TLC audience. However, one of his features that fans have always been interested in is Big Ed’s neck. Here’s everything you need to know about it.

Issues About Big Ed’s Neck Explained! What Syndrome Does He Have?

Ed Brown has come a long way since his first appearance on TLC. Initially, he appeared in the series with his Filipino partner, Rose Vega. He was criticized for the way he treated her, and eventually, the pair ended up parting ways. Brown then moved on to star in other spin-offs, including 90 Day Fiance: The Single Life, where he met his new girlfriend, Liz Marie. Though the two ended up breaking up by the end of the season, Liz and Ed got back together (and engaged!) in the second one. Overall, the San Diego resident has received a lot of stigma for his actions.

Aside from everything, one thing that the fans have always been curious about is Big Ed’s neck. As it’s visually clear, his neck is shorter than normal. When fans raised questions about his condition, Brown revealed that he suffers from Klippel-Feil Syndrome. As per chop.edu, the syndrome is a bone disorder which is distinguished by the abnormal fusion of two or more bones in the neck. As a result, people with the disorder have shorter and webbed necks. The 56-year-old TLC star has the same condition, which he has suffered from throughout his life.

Big Ed Has Been Bullied As A Child Due To The Syndrome!

The Klippel-Feil Syndrome is quite rare, and people, in general, have low knowledge about its patients. Without a doubt, Ed Brown is one of the few celebrities who have the condition and has talked about it openly. Big Ed feels proud to be an inspiration for fellow patients of the disorder as he has become an inspiration for them. Over the years, he has received a lot of praise for not letting the syndrome take over his life.

However, this wasn’t always the case because Big Ed’s neck has also brought him a lot of difficulties. Well, firstly, the disorder causes a lot of physical discomforts, including a decreased range of motion in the head and neck area. When talking about the Klippel-Feil Syndrome, Brown has previously said, “I have limited range of movement”. He also told ET that he has a “bigger than normal chest cavity”. Due to this, he has been made fun of his whole life.

In another statement, Ed mentioned how all his life, people have stared at him asking, “What’s wrong with you?” Only for him to answer that there’s nothing wrong with him physically. Due to Big Ed’s neck issue, he was once stuck in a neck machine when he was in school. Even when the show, 90 Day Fiance, premiered, the San Diego resident faced a lot of cyberbullying and body-shaming.

Big Ed’s Neck: How Does He Feel About It Now?

Due to the constant stigma around his neck condition, Ed has often been asked about how he feels about the syndrome. Once, he received a letter from a fan asking, “Where do you get your confidence?” The fan revealed that they also have the Klippel-Feil Syndrome, due to which they find it hard to “get out of bed”. To this, the 90 Day Fiance celeb replied, “You have to accept that this is how God made you”. The TV star continued to say, “This is who you are, and sooner you can do that, the easier life will become.”

In Ed’s case, accepting his condition has worked out pretty well for him. Hence, he calls it his winning formula. Brown has three vertebrates that are the size of two. However, most normal humans around the world have seven. As of today, he continues to fight the stigma and body-shaming while maintaining a good life. We hope this clears your doubts about Big Ed’s neck condition. Feel free to reach out to TV Season & Spoilers for more reality TV content.