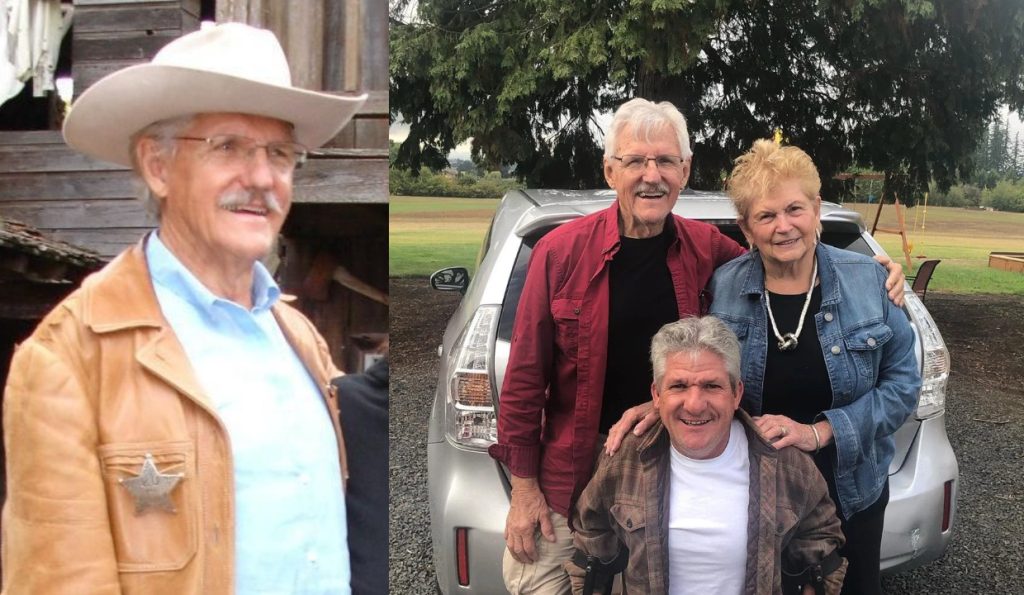 Who Is Matt Roloff’s Father? Ron Roloff Passes Away At 84

Matt Roloff became a known name after starring in Little People Big World. Apart from sharing his life as a farmer on his family farm, his family is also a huge part of the show. His parents were also an important part of the series and would often visit his son. However, he had to be the bearer of the sad news. That’s because Matt Roloff’s father, Ron Roloff, had passed away. He was 84 years old when he breathed his last. The departed soul served the country as a marine from 1957-1961. Matt Roloff’s Father also worked as a mechanic. The LPBW star made a wholesome post talking about his loving father and his last few moments in the hospital.

Matt Roloff would often showcase all his new projects on Roloff Farms. His parents, Ron and Peggy, had always been supportive of his dreams and cheered him on. In fact, they would often appear on his reality show to root for his son. Matt Roloff’s father was a joy to watch on the show. His sincere nature and kind attitude would often warm the fanbase’s heart. As per IMDB, Ron Roloff was a part of the show for 42 episodes. He didn’t appear on TV screens after 2018. Yet, fans remained curious about his family and their well-being. Matt continued to give updates about his mom and dad through his Instagram handle.

As per Instagram, Matt Roloff’s father passed away “peacefully”. Yet, there were multiple health issues that were trailing the side cast member. As per the Little People Big World star’s post from July 2021, he finally told the fanbase about his father’s lymphocytic leukemia diagnosis. It is also known as blood cancer. Matt Roloff’s father had started going to chemotherapy for the same since last year. As a result, the star requested the LPBW fanbase to send in their sincere prayers for the family. Ronald Roloff breathed his last on August 1, 2022, at a hospital in Arizona. The Roloff family spent their time remembering God and reciting bible verses. Most of Ronald’s kids, grandkids, and great-grandkids were present with him for his final moments. They also paid tribute to them through their social media handles.

Matt Roloff Getting Life Back On Track After Losing His Father, Spends Time With Mother, Peggy

It has also been a month since Matt Roloff’s father passed away. Hence, the celebrity wasn’t using his social media much to deal with the grief. The Little People Big World fanbase united in sending him condolences and would often ask how he had been doing. The reality TV celebrity finally made a post about the same. It turns out he has been flying to Arizona back and forth to be there for his mother, Peggy. Matt Roloff’s father was married to her for 64 years! They were high school sweethearts. Hence, she had been “living her best life” but adjusting to doing things “on her own”. Despite missing Ron Roloff, the mother-son duo is staying strong and spending time with one another. Send in your prayers for Matt Roloff’s father and his family. Stay tuned to TV Season & Spoilers for more updates.