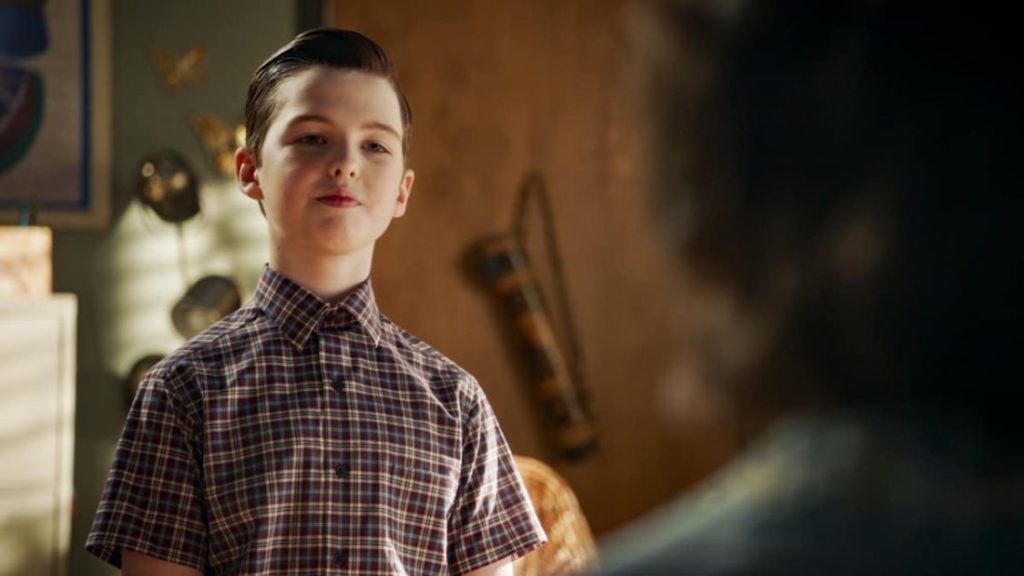 The title of Young Sheldon Season 4 Episode 7 is “A Philosophy Class and Worms That Can Chase You.” Young Sheldon was on a break for the past three weeks but is all set to return now. Therefore, now the fans are more excited than ever to see what will happen next in the life of Sheldon Cooper.

Sheldon finally achieved his dream to go to college, and the new philosophy teacher, Professor Ericson, will derail his very first day. Melanie Lynskey (Two And A Half Men) will play this guest role. So, what will happen when the two of them meet, and when will the viewers be able to see it? Here’s everything to know.

In the upcoming episode of the series, the fans will see Sheldon Cooper attending his college classes. By the look of its title, it seems like the class will be very long and philosophical. Sheldon is about to have a really philosophical conversation with professor Ericson. The preview of the next episode is also hinted about the same. In the preview, Sheldon’s mom suggests that if he needs any help, he can go to Dr. Linklater.

In the sixth episode of Young Sheldon, the fans saw nothing went according to the plan for Sheldon at the orientation. Dr. Strugis got a job at the SSC, but this bothers Mary. She believed Dr. Strugis would be nearby while Sheldon advances to university and watch after him. Mary took Sheldon to the college, but he contends to explore the first day by himself. Therefore he asked his mother to stay away while he was at the college.

Meanwhile, Sam’s colleagues confused Mary for one of the students and asked her for a party. Connie is sad that she did not get a call from Dr. Strugis before going for the new job. But, he had sent her a message, and she became happy after reading it.

After the gap of three long weeks, Sheldon Cooper will finally return to the screens this week. Young Sheldon Season 4 Episode 7 will release on Thursday, February 11, 2021, on CBS at 8/7C. The fans can also stream it on CBS All Access and the official website of CBS.