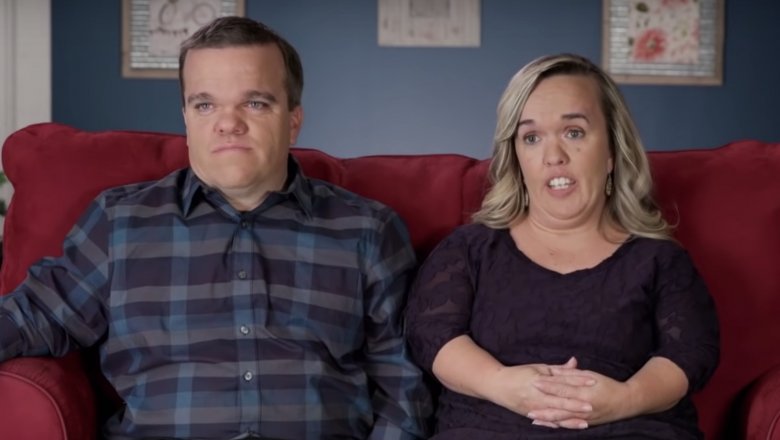 7 Little Johnstons: Amber And Trent Talks About Vulnerabilities, Anna, And Not Being A TV Star

7 Little Johnstons couple Amber and Trent’s parenting skills have always been questioned by the fans. Many thought that the couple is often too hard on Anna rather than their other kids. It also made the show’s fans think of Amber as a strict mom. Moreover, Amber and Trent’s children went out of their house pretty soon to live life independently. So, the couple has come out of the shell to talk about their parenting. Moreover, they even got defensive on Anna’s topic. Let us look into the details below.

Amber and Trent recently talk about their family in an interview with Pop Culture. And as per them, the most difficult part of the Johnston family to live with is the ‘vulnerability.’ Amber explained, “I think more than anything, the vulnerability and the living with what everyone thinks and thinks they know about your family.”

Although, they get a lot of positive comments from the fans’ side. Along with that, a bunch of negative comments always come up. However, the Johnstons will have to continue de aling with the hatred as they have chosen to be the public figure.

The Johnston family consists of seven members. The guardians of the family are Amber and Trent. And they have five kids. Jonah and Elizabeth are their biological kids, while the other three are the adopted ones. Anna is brought from Russia, Alex from South Korea, and Emma from China.

Amber finds the most difficult part about vulnerability is their children, especially Anna. Amber’s relationship with Anna is shown on the show not to be too good. However, Amber disagrees with all. She thinks that the show is not their entire life. It only shows a fragment of what happens in their day-to-day life, mostly the ones which can gain more viewers. Amber feels that she has a more complicated journey than viewers might understand.

Furthermore, Amber explained that her 21-year-old daughter, Anna is in the process of growing. Therefore, the kid has to go through some hard phases. However, Amber clears that she is “not some hard-ass mom who only likes some of her kids.” Amber continued to explain how each of her kids had their struggle and celebration phase in life.

7 Little Johnstons: Amber And Trent Does Not Consider Themselves To Be TV Stars

Are Johnstons not reality stars? Fans do consider them to be one. However, they don’t find themselves to be so. Trent said, “We are everyday people, and we happen to belittle people.” Johnston didn’t feature in the show to create a celebrity out of them. Instead, they want to be in the show because it’s the platform to entertain and relate with families similar to them. He further made it clear, “We are not TV stars. We weren’t when we began this, and we aren’t when this ride is over.”

Amber and Trent find themselves belonging to a minor community, as they are dwarfs. Indeed, the couple wants to throw light on similar people so that their children or grandchildren could lead a discrimination-free life. Amber wants the world to stop treating “little people as objects.” As per her, they are human beings just like anyone else with a heart. Do you think the world has accepted little ones to be normal? Let us know in the comments.