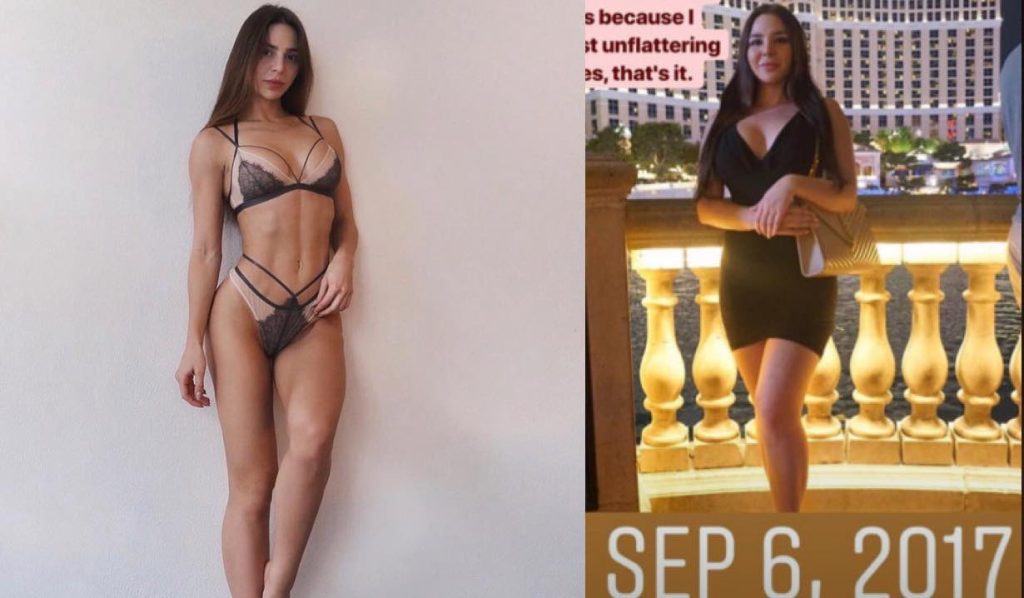 Since Jorge from 90 Day Fiance was sentenced to 2.5 years of prison, it has created a void in Anfisa’s life. She mentioned that they are not merely a husband and wife. They are best friends and share everything with each other. Living her life without her husband has been extra hard on Anfisa. Due to this, she decided to keep herself busy and do what she is passionate about. She wanted to create the best version of herself during the time she and Jorge have to spend apart. Let’s take a look at her striking body transformation.

90 Day Fiance: Anfisa’s Before and After Picture

Anfisa recently posted a slide of her pictures in which the fans can see one picture she took in 2017. At that time, she was wearing a one-piece bikini. Even though she looked fit in that picture, the other picture she posted revealed her extra toned, lean and muscular body. The before and after transformation is highly inspiring, especially, to fitness freaks. She also asked the fans for their opinion on her current look vs the previous look.

https://www.instagram.com/p/BmRyRA2FHv2/?utm_source=ig_web_copy_link
Her Instagram highlight shows all the efforts she has put in 2019 to achieve her fitness goals. Fans can also take a look a the progress she has made from time to time. She revealed that she has gained 10 lbs over the past few months and is happy to see that it all went into the correct place.
In December, Anfisa made it clear that she was depressed over her husband’s sentence. She needed to keep her mind off it and that was when her fitness journey started. She wishes to take things to the next level and compete in the NPC bikini division.

Back in 2017, there was a rumor that she photoshopped her pictures to make herself look bigger. But the truth is that she didn’t like to post pictures that are unflattering. This is also the reason why we don’t see much of Anfisa’s pictures when she was a ‘thicc’ according to what she likes to call herself during that time. For those who give negative comments on her pictures, he tells them to unfollow her and move on with their lives.
It seems like she is really proud of her thin waistline and shapely butt. She never misses a chance to flaunt her assets and give major fitness goals. She emphasizes on getting proper exercise and eating right. In an Instagram post from 21st July 2018, she reveals that Yoga and weight lifting are her favorite workout routines.
What o do you think about Anfisa’s transformation? Let us know in the comments below.