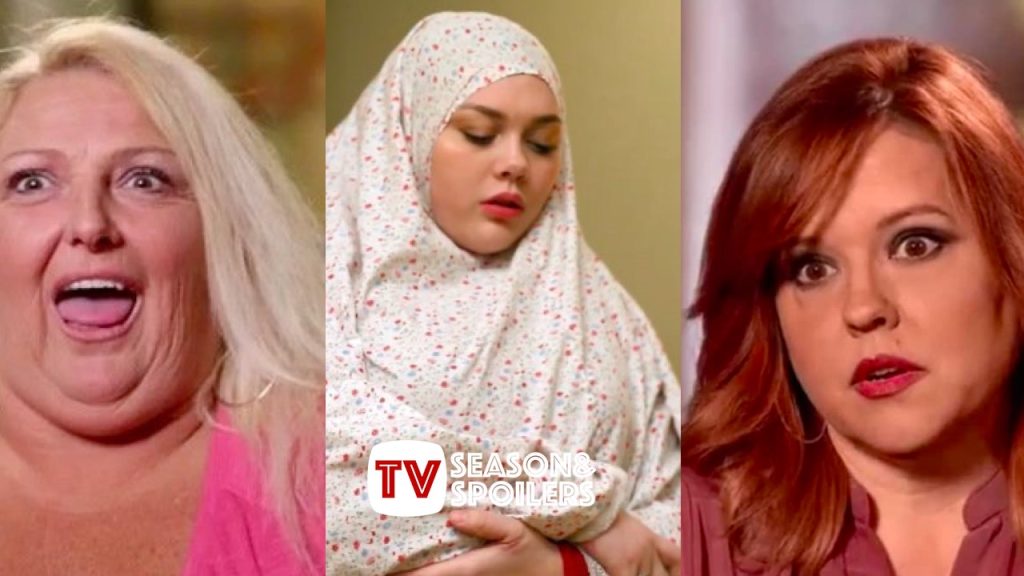 Fans are aware of 90 Day Fiance star Angela’s outspoken nature. She seems to be the dominant one in her relationship with Michael and fans have often referred to her as loud. But this time, she might be expanding the horizons of her dominance to her fellow 90 Day Fiance alums. Let’s take a look at how Angela bullied Avery.

Avery has converted to Islam a few months ago. She has been following the religion and stated that it was something necessary to keep her on the right path. Her mother preferred the previous version of her. She loves her, cares for her, supports her, but this doesn’t mean she agrees with her. As for Angela, she has recently moved to Nigeria to patch things up with her boyfriend Michael. He says that he is addicted to her. We have also seen her exert dominance over him.

Recently, Soapdirt and Instagrammer Frauded By TLC reveals Angela bullied Avery on stage during filming. She called her many things, being a bad Muslim among those. It became so ugly that Rebecca had to intervene to separate them. The brawl on stage was certainly an intense one. The production had to escort Angela out. Last time on Before the 90 Days Tell-All she got into a spat with Rachel, Jon Walter’s wife. Her behavior is not a surprise considering she is a Maury veteran.

Another interesting event states that Angela annoyed the cast members in the previous season by taking a bite off every donut in the green room. She responded by saying that she thought it was only for her. However, the other contestants seemed irritated. Since the production perceived Angela as the instigator of the chaos, they ejected her from the Tell All.
https://www.instagram.com/p/B1jkLljHMIx/?utm_source=ig_web_copy_link
In the Instagram post, one 90 Day Fiance fan says that even though Angela is very popular among fans, she disgusts her. Another says that it’s not surprising since Angela’s behavior is always thrashy. Someone also points out that she is a little old to go around bully people. It’s ridiculous for her to bully a 19-year-old when she herself is 55. One user says that they should lock her up and Michael should run as fast as he can.
The common opinion states that she is mentally and emotionally unstable. In fact, one fan points out that Angela should see a therapist. She meddles in places where she shouldn’t. Angela doesn’t know how to deal with her anger. Do you think fans are right? Let us know how you feel about Angela’s behavior in the comments below. Stay tuned for 90 Day Fiance