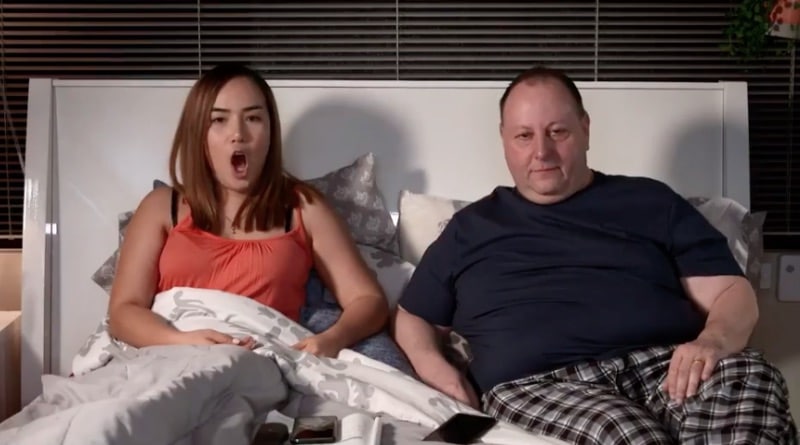 90 Day Fiance: Annie and David’s Plans For Expanding their Family Despite His Vasectomy

It has been more than three years 90 Day Fiance favorite couple Annie and David have been happily married. We get to see a glimpse of their fun-filled interactions on Pillow Talk. Even though they didn’t fuel extra drama for the show, fans still love them. They also have a massive social media following as the couple shares their adventurous life with fans.

However, if there is one thing the audience has been wondering about when it comes to Annie and David is their future plans for expanding their family. The last time Annie said that there might be a baby down the road. David too was in favor of having a reverse vasectomy. Let’s take a look at what the two fan-favorite reality TV stars have been up to.

In an interview with the US Magazine

, the couple revealed they don’t need a baby to strengthen their relationship. Moreover, we also know that David had a vasectomy before he met Annie as he never thought that he would be a father again. So, for him and Annie to conceive, David has to undergo a reverse vasectomy. This means that fans are going to have to wait for some time before the happy couple plans on welcoming new life.

It looks like fans are a little disappointed as Annie and David delay their baby plans. However, they’re still adored by fans as they showcase their effortless love and unique bond in Pillow Talk. Plus, Annie’s wit never fails to entertain!

Their Instagram account is filled with content that’s both entertaining and fun to indulge in. It also looks like they’re financially more stable than they used to be when they first started on the show. Remember how drowned they were monetarily after David had to pay Annie’s family a bride price?

90 Day Fiance: Annie Says Having Kids Is Not a Serious Conversation For The Couple

Annie said in her self filmed 90 Day Fiance: Self Quarantined that having kids is not a serious matter of discussion among them right now. Even though it would be awesome to have a child, David made it clear that it won’t be possible without a reverse vasectomy process.

He joked about the fact that if she miraculously conceives, they would consider naming the baby Jesus. David also hilariously mentioned that it can’t be someone else’s unless she does the deed with the Amazon or Pizza delivery guy while he’s asleep.

Let us know what you think of the couple in the comments below.