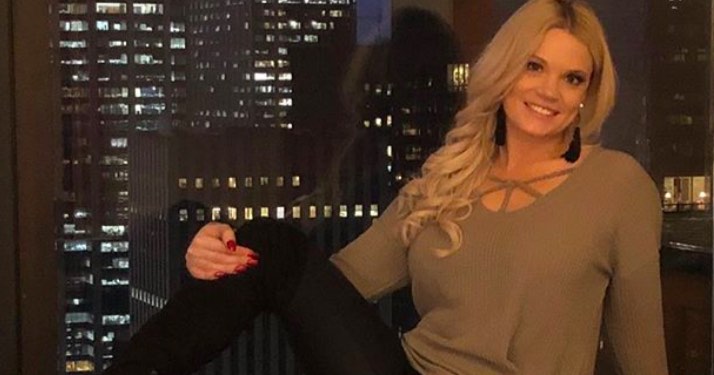 Recently, 90 Day Fiance star Jay’s sister took to Instagram to reveal Jay’s side of the story. She also calls out Ashley and her mother with some choice words. According to her, Ashley wanted to be with Jay just for fame. Moreover, she mentioned that Ashley’s mom forced herself on her stepdad. However, this post prompted Ashley’s mom to explain her side of the story. Let’s take a look at what she has to say.

90 Day Fiance: Ashley’s Mom Spent a Lot On The Wedding In Jamaica

Jay’s dad wanted to be with Ashley’s mom soon after she landed in Jamaica. She addresses Jay’s sister as Poochie and goes on to say that she bought a dress for Jay’s mom for her to wear to the wedding. The day when Jay came to the US, she got a call from Poochie’s mom. She said that she didn’t feel safe in Florida. She paid for her transportation costs and got her from Florida to Pennsylvania the very next morning.
Even though she didn’t know her very well, Ashley’s mom housed her, fed her, and transported her every day to and from her workplace. After some days she called Owen to stay at her place too. She thought Owen would have a nice time with Jay and Ashley but he wasn’t willing to go there. One day when she dropped Terri off to work Owen forced himself upon Ashley’s mom. She was hurt as she recently had back surgery. However, he didn’t listen to her and raped her.
https://www.instagram.com/p/BzpmS7jna8y/?utm_source=ig_web_copy_link
She told Ashley and she told Jay. Jay confronted Owen and he said that he forced at first. Later he changed the entire story and mentioned that it was mutual. Back in Colorado, he mentioned that Ashley’s mom was the aggressor. Later, when the police came to the house, Jay said that she was acting weird lately and tried to prove her like a mental case. He also turned Ashley against her mom for several months.

Ashley’s mother said that Poochie told her that she married a really old man who lives in Canada. However, she got pregnant by a man named Peter. When she revealed that to her husband, he was angry. But in the end, he was ready to give the child his name. However, she refused and he broke up with her. But Poochie needed to keep the cash flowing and thus, made up with him. She mentions that Poochie’s mom and dad are living illegally in the States.
https://www.instagram.com/p/BzgOyiWAZ42/?utm_source=ig_web_copy_link

Jay’s sister accused Ashley of getting a tummy tuck with the GoFundMe money. Her mom states that she returned all the money. Moreover, a tummy tuck costs way more than she was able to gather. To conclude, she says that Ashley loved Jay and he turned out to abuse her in every way. Whose story do you think is the truth? Let us know in the comments below.