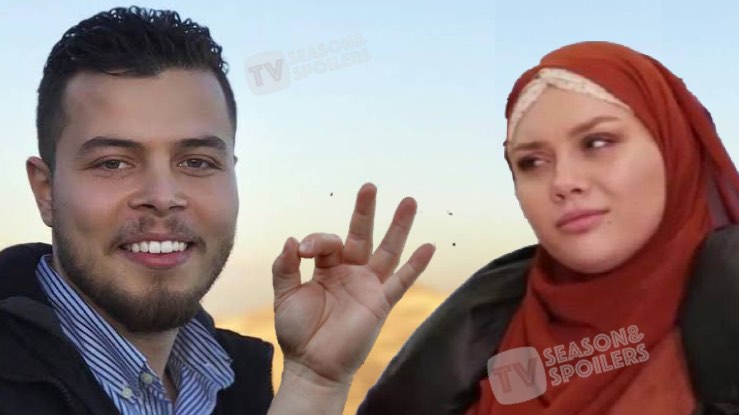 90 Day Fiance: Before the 90 Days couple Avery and Omar got married just after 5 days of meeting in person. However, before their wedding, they didn’t get physical due to religious beliefs. According to Avery, their wedding was crazy, and the wedding night was perfect. When Avery asked Omar whether he is comfortable with her, he sheepishly replies, 100%-200%. It seems like this newlywed couple is happy. Let’s take a look at some more details.

It was Omar’s first time with a woman. Avery asked whether his first kiss was weird. To that, he replied yes. Avery revealed in a confessional that her wedding night was amazing. The best part is that she got to bond with her husband. They clicked well, and Omar wasn’t nervous about anything. According to Avery, that was everything she ever dreamed of. Omar also described their first night together as great.

90 Day Fiance: Before the 90 Days; Avery and Omar’s Wedding

Omar and Avery are officially married. Just after dating each other online for a year, the two of them knew that they were each other’s ones. Even though not everyone was in favor of them getting married, they managed to tie the knot ceremonially. However, the ceremony was completely different from what people expect of marriage. Since she didn’t speak Arabic, someone must represent her on her own wedding day. Omar exchanging vows with a Sheikh wasn’t exactly an ideal wedding scenario for many.

The wedding ceremony deeply disappointed Avery’s mother Teri. She didn’t get to witness her own daughter’s wedding. She thought of the ceremony as gender discrimination. Teri also thinks that her daughter is going to have a hard time accepting this. According to her, Avery doesn’t really understand what she has gotten herself into.
Avery’s mom also thinks that Omar is using her for the green card. When she accompanied her to Syria, fans thought that Avery has her mom’s support. However, Teri made it perfectly clear that she is accompanying her only for her safety. She doesn’t support her relationship with Omar at all.
Avery’s mom warned her one last time just one night before she was about to get married. She told her that Avery was manipulated into getting married. However, Avery didn’t listen to her mom, as usual. She told her that Omar could have picked anyone when her mom told her how odd it was that he found her on a Muslim dating site. After that, her mom told her that he did pick someone. Clearly, she was implying that he picked Avery.
Avery is hiding the fact that she is going to stay in Syria ith Omar unless he gets the green card. How do you think her mom is going to react to this? Let us know in the comments below. Stay tuned for more 90 Day Fiance updates.