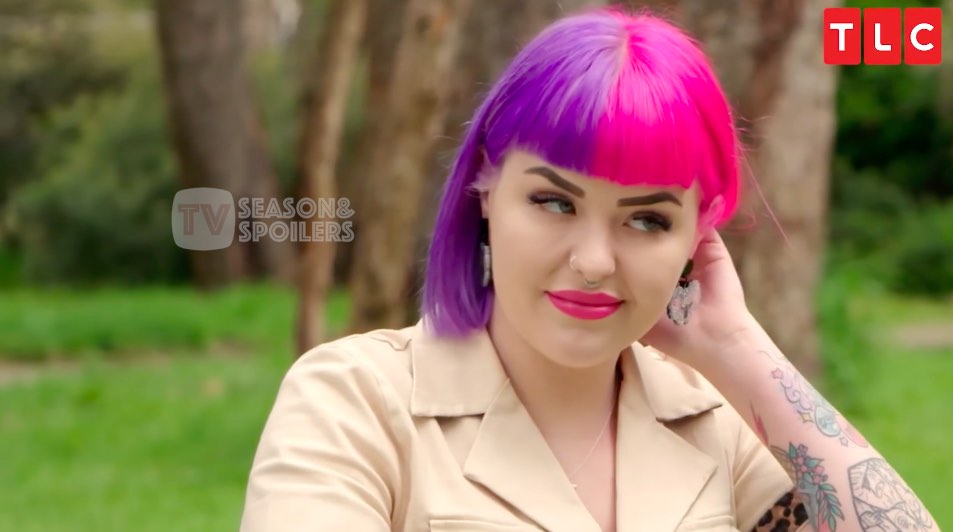 90 Day Fiance: Before The 90 Days, Erika Owens Reveals About Her New Boyfriend

Erika and Stephanie had issues when their relationship first got featured on 90 Day Fiance: Before The 90 Days. Speaking of which, the two of them have called it quits. In fact, Erika has a boyfriend and she couldn’t be happier. Recently, the 90 Day Fiance: Before The 90 Days star took to social media to reveal her new love. Not only that, but Erika Owens also shut down bi-phobic haters. Let’s take a look.

Erika posted some cozy snaps of her and her new boyfriend stating that he makes her feel all the colors of the rainbow. The pictures also show the couple holding hands. She seems eager to see the world with him and make each moment an adventure. After she gushed over her new flame, Erika also made it clear that any bi-phobic haters are not welcome. The reality TV star aid that they can leave their comments at the door.

Fans gave mixed reactions but the most prominent ones were from her 90 Day Fiance: Before The 90 Days co-stars. Varya chimed in to express her opinion on the new love. She called them the sweetest couples whereas Ashley Martson commented heart emojis to show her support. Usman left a couple of fire emojis with celebratory symbols.

90 Day Fiance: Stephanie and Erika Split Up After Stephanie Refuses To Introduce Erika as Her Girlfriend To Her Mom

Erika and Stephanie had a dispute when Stephanie didn’t introduce Erika as her girlfriend to her mom. Erika said that she has been in this type of relationship before where the other person kept her a secret for 10 years. She didn’t want to be in that place again. On the other hand, Steph thought that she owes it to her mom to do such an important thing in person. She didn’t feel that it was appropriate to introduce Erika as her girlfriend via a computer screen.

Stephanie further added that she didn’t want anyone to rush her to come out in front of her mom. This led to Stephanie and Erika’s breakup. After they called it quits, Stephanie said that she wishes the best for Erika and that she will always love her. There were other issues the couple had to skim through. For instance, Stephanie’s jealousy didn’t go well with Erika.

How do you think Stephanie will react to Erika’s new boyfriend? Let us know in the comments below.