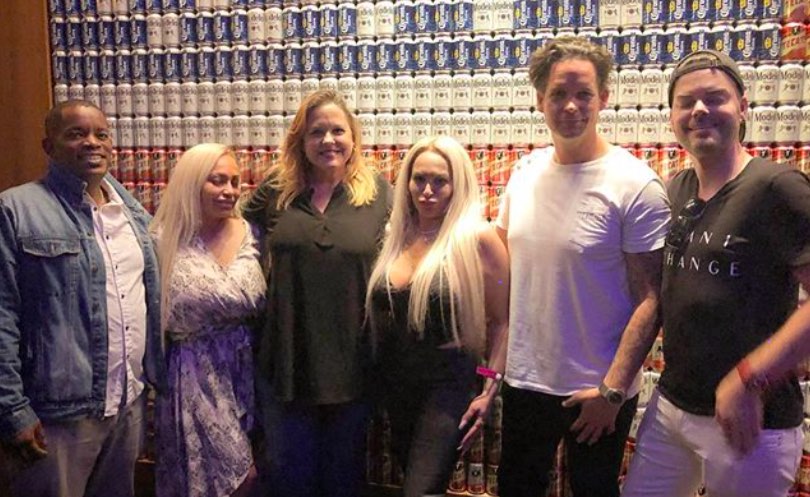 '90 Day Fiance': Before The 90 Days; Rebecca Narrates The Real Story of The Tell All

The 90 Day Fiance: Before The 90 Days Tell All wasn’t as explosive as fans expected. However, later, we got to know from Avery’s update that it was even more dramatic and violent than fans could have ever thought of! She took to Instagram to tell the fans that TLC skipped out the part where Angela hit Avery’s mom. Let’s now take a look at what Rebecca has to say about the episode.

90 Day Fiance: Before The 90 Days; Rebecca Siding With Avery

Rebecca stated that TLC told the contestants to do a lot of things. Avery and Tim were behaving exactly like the producers of the show told them. However, Angela got triggered and flipped out. Her chest bumped Rebecca and attacked her physically. Angela also hit Avery’s mom and flipped the table in doing so. That eventually hurt Avery in the foot. After she created enough chaos, the security made her leave early after separating her from the rest of the cast.

The rest of the cast members completely refused to film with her. Rebecca thinks that they got her shots on a separate day. According to her, Angela completely lost her cool even when it was uncalled for. For those who are glorifying what she did, Rebecca urges them not to do that.
https://www.instagram.com/p/B4QMrGUH0e8/?utm_source=ig_web_copy_link

90 Day Fiance: Before The 90 Days; Avery Responded To Fan Comments

When Avery posted about Angela hitting her mom, fans sprung with their reactions. When one fan asked for more clarification, Avery told them that Angela threatened her. She said that her daughters would attack Avery. Most of the fans seem to side against Angela. One user stated that Angela is very abusive towards Michael, and he can do better. She thinks that she is everyone’s mother and that her daughters must be embarrassed by her.

One user said that it all happened because Angela was trying to defend Jesse. Some fans have already pointed out that there was no use of bringing Jesse at the last moment. TLC just wanted to create some more drama. Since Darcey is already overly emotional, bringing Jesse in the picture could have definitely stirred the plot. Even the host Shawn Robinson was shocked at the way Angela behaved.

One fan has an interesting perspective on all that has happened. According to that user, the show wanted drama, and it happened. They brought in Jesse to create a stir. Even though Angela flipped out, Jesse might be the real reason behind so much chaos. Moreover, we have seen Angela’s reactions in the past. So, it is fairly easy to predict how she reacts when triggered. Maybe, TLC must have known this to some level. What do you think of the entire incident? Was it all a part of TLC’s plan? Let us know what you think in the comments below. Stay tuned for more 90 Day Fiance