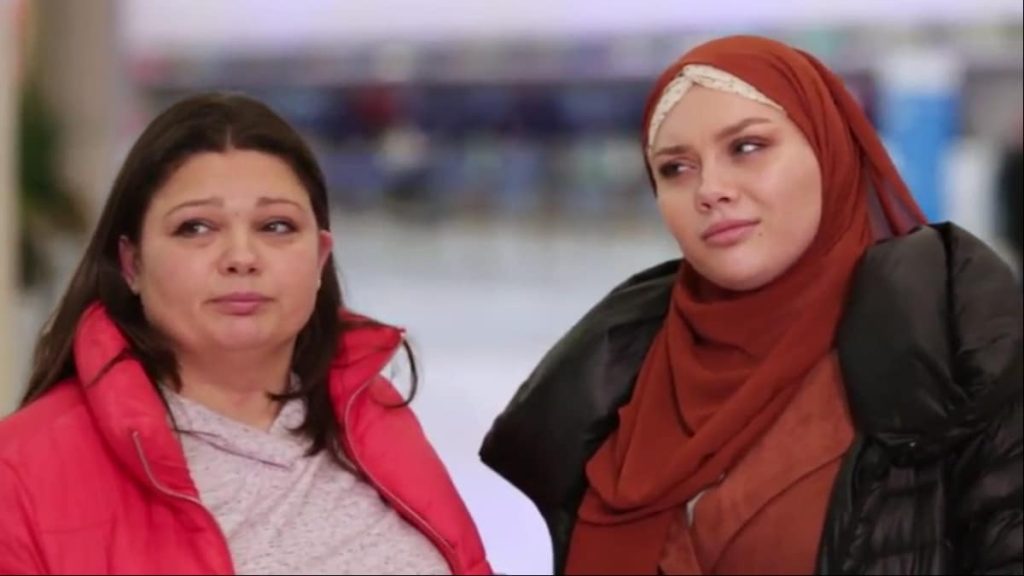 Before The 90 Days Tell All; Angela Was Asked To Leave Early For Assault And Being Physical With Avery's Mom

When 90 Day Fiance: Before The 90 Days Tell All aired Friday night, there was a lot of drama as expected. But things got even more heated up due to Angela. She was extremely aggressive with Rebecca and Avery. However, TLC has cut out some scenes the viewers never got to see. Let’s take a look.
Angela sent home early for the assault and for being physical with Avery’s mom during tell all shoot.

90 Day Fiance: Before The 90 Days Tell All; The Physical Attack Viewers Didn’t Get To See

When Tim suggested that viewers are in for a really explosive Tell All episode. However, most fans were disappointed that it wasn’t as spicy as projected earlier. Avery revealed on Twitter that they never showed Angela physically hitting Avery’s mom. When fans dug a little deeper, Avery said that Angela also threatened her. She said that her daughters are going to beat her up. Angela’s daughter threatened her, and the TLC crew just stood there and watched. No one did anything until they practically jumped on her mom.

We saw that Angela was misbehaving with Rebecca too. Rebecca supported Avery by saying that she is right. TLC didn’t air the entire altercation. Avery said yes when fans asked why they sent Angela early. Avery and Tim felt that Jesse being there was totally unnecessary. But TLC decided to invite him anyway. Darcey was already very emotional about the whole thing. Moreover, seeing Jesse reminded Avery of an abusive relationship. Angela charged over there to try and stop the bullying. However, she was the one who ended up being the bully. Even Shawn Robinson, the host, was shocked.

90 Day Fiance: Before The 90 Days; Response To Avery’s Post On Angela Attacking Her Mom

Fans are siding with Avery on this one. Angela is an angry person, and according to viewers, she should not be on the show anymore. In fact, some are even willing to sign a petition that can remove her from the show. Some other users said that TLC deemed Jesse’s drama more important than Angela’s attack. Most fans felt sorry for her and her mom. They want TLC to fire Angela from the show. Moreover, this is not the first time she is abusive on the show.

We have seen her being abusive with Michael, as well. Moreover, she has been extremely aggressive all along. As for Avery and her mom, they are definitely not fine with TLC cutting out the scene where Angela attacked her mom. Also, bringing Jesse was a fail according to most fans. Do you think the editing could have been better? Will TLC release the clip where we can see Angela’s attack? Let us know in the comments below. Stay tuned for more 90 Day Fiance