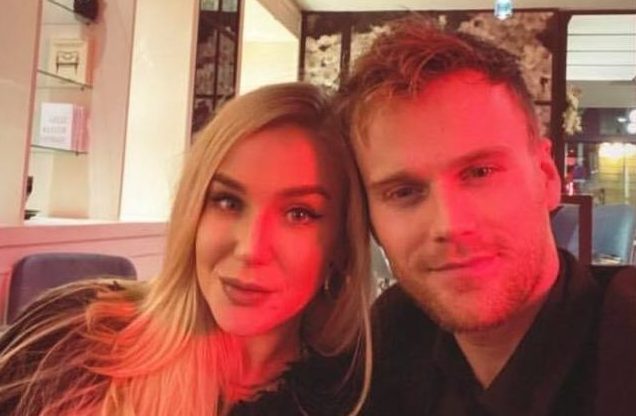 90 Day Fiance: Caesar’s Maria flirts with Jesse openly, Is She Into Him?

We all remember how Caesar yearned to meet Maria throughout the recent season of 90 Day Fiance: Before The 90 Days. He met her online and even sent her money before he met her. In fact, the couple was planning a vacation in Mexico. Unfortunately, Maria didn’t show up and broke up with Caesar over the phone. This was enough for viewers to assume that Maria is fake. However, she recently made an appearance, and we know now that she is genuine!
But the fact that she met Jesse Meester before she bothered to meet the hopeless romantic Caesar was a bit of a shock. And now, the Ukranian diva is off commenting on his pictures. Let’s take a look.
https://www.instagram.com/p/B5WUduJHEBt/?utm_source=ig_web_copy_link

When Jesse was in Barcelona, we saw a picture of him with Maria. She looked rather happy with him. Even though Jesse got robbed, he didn’t lose the positive spirit. According to him, a negative incident doesn’t give him an excuse not to work out. So, he had a workout session and guessed who he did it with? Maria! In the video, she looked excited and clicked a few pictures with Jesse once again. These two incidents stirred the air. Maria spending so much time with Jesse when she didn’t even bother showing up in front of Caesar was puzzling.

As for the recent events, Maria is commenting on Jesse’s picture. He posted a picture on a stylish bike on Instagram, and Maria gave a hearty response to the fitness trainer’s click. She said that he was going to blow her mind with this pic. To that, he replied that it was a nice ride.

Without even appearing on the show for most episodes, Maria has gained more attention than most 90 Day Fiance alums. As for Jesse, they invited him on the Tell All to stir drama even though he wasn’t in this season at all. He is Darcey’s ex, and according to her, they had an abusive relationship. As for Caesar and Maria, their relationship is one of the biggest puzzles we have ever encountered on 90 Day Fiance.

According to fans, Jesse is a big attention seeker and is trying to cling on to the fame he received on 90 Day Fiance. Maria is holding the tag of a gold digger. Although some fans are feeling sorry for her as she thinks Jesse is rich. Viewers say that Jesse doesn’t even have half of what he showcases.
Do you think Caesar and Jesse have a motive behind their actions? Let us know in the comments below.