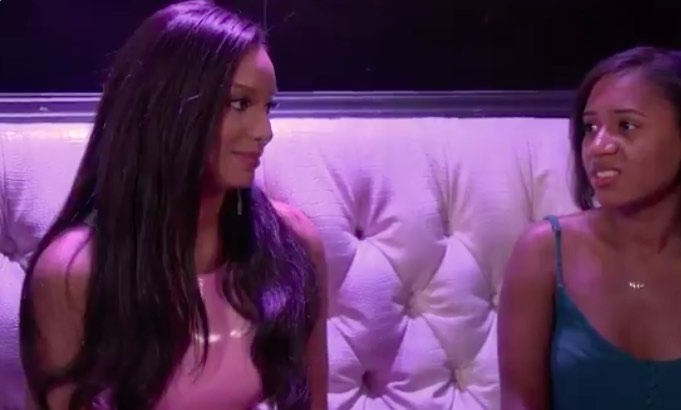 90 Day Fiance: Does Chantel Still Trust And Love Pedro After The Cheating Scandal? She Has An Answer For Fans

90 Day Fiance couple Chantel and Pedro have had a unique journey on the show and continue to do so. Just when the families got involved, things started to get a little complicated. However, Chantel is hanging in the loose now as her husband flew off to the Dominican Republic. The worst part for her is that he doesn’t have return tickets. Moreover, on his first night there, his sister and friends asked him to be single for the night. He took it too seriously and dirty danced with an old friend. Of course, that didn’t go well with Chantel. But the question here is that whether their relationship will be able to survive such major blows one after the other? Let’s take a look.

The last we heard Pedro talk about them as a couple is when he wanted to take a break from his wife. He wanted to meet his family and friends back in the Dominican Republic and felt like being away from the drama for a while. The uncertainty was driving Chantel crazy, and she is stuck. He doesn’t have return tickets. But we can say that their marriage is not over yet. Chantel posted a picture on Instagram on June 6th in which she was wearing her engagement ring. This clearly states that she hasn’t given up on her marriage and believes in reconciliation.

Nicole, Pedro’s sister, recently took to Instagram to post a picture with Coraima, the woman who gave Pedro a lap dance. The fact that Nicole is calling her sister has got fans in the speculation mode. Was s he referring to Chantel in her caption? Was she trying to make her even further jealous? We know that Chantel and Nicole don’t get along. There is a possibility that Nicole is supporting his brother in the cheating scandal. She doesn’t like Chantel, and she might be rubbing the entire scandal in her face by posting a picture of the other woman.
https://www.instagram.com/p/Bx-AG4AH6U7/?
Also, Pedro admitted that he took it a little too far when he dirty danced with her at the party. He said, “Chantel is going to kill me.” However, he is following Coraima on Instagram. He is also following Chantel, which makes it confusing for fans about what he wants. Maybe, even Pedro doesn’t know at this point about what he wants.
Moreover, there are two categories in which fans are divided, Chantel haters and Pedro haters. Do you think Chantel and Pedro will reunite? Also, are you team Chantel or team Pedro? Let us know in the comments below.