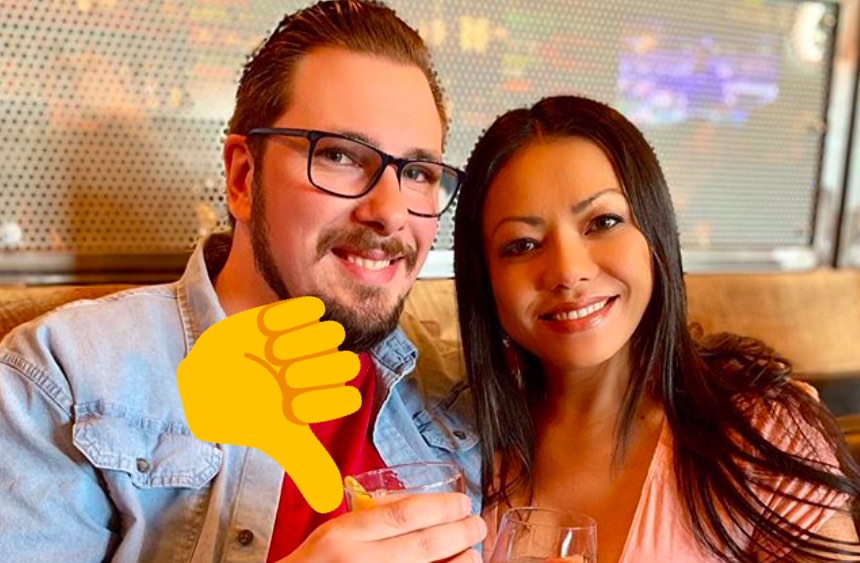 '90 Day Fiance': Colt And Jess Caroline Broke Up, Jess Says Colt Is Smaller Than Her Thumb

Just when we thought that the 90 Day Fiance queen Larissa was the only one going through a dramatic breakup, here it is. Colt and Jess unfollow each other on social media. It hasn’t even been one day for Larissa’s breakup’s buzz to subside and here is Colt with another breaking reality TV news. Moreover, Jess has mocked the size of his manhood! Let’s take a look at what happened in detail.

90 Day Fiance: Colt and Jess Over, What’s The Reason?

Apparently, the Brazilian beauty called Colt a liar on social media. Their relationship had been on an edge since the engagement rumors. It seems like Jess agreed to call it quits with Colt in a QA session. When Jess asked 90 Day Fiance fans about common lies men tell, she got some interesting insights. Colt has been known to be over-friendly with multiple women. Moreover, even Larissa called him an attention seeker when it comes to women.
https://www.instagram.com/p/B1cz2SZlqJq/?utm_source=ig_web_copy_link
Jess stated that men who are interacting with multiple women online need to use some new lines. This might imply that she caught Colt talking to someone else. It’s possible considering that Colt has always been a big fan of the attention of ladies.

Another answer to ‘lies men tell’ is the size of their thing. Jess agreed with the fan as she said that it’s sad how people do it. Her answer seemed to imply that she has experienced this scenario firsthand. And of course, we remember the scandal Colt got into when pictures of his private parts were all over the internet. At that time too, people mocked him. Jess also agreed that the best way is to pay heed to what the ex says. It seems like she is saying that she should have listened to Larissa. Since the queen has already opened up about issues with Colt, Jess might be regretting why she ignored the warning signs.

90 Day Fiance: Jess and Colt Unfollow Each Other

Even though Jess hasn’t officially given any confirmation on the breakup, they have unfollowed each other on Instagram. A couple of days earlier, both of them were gushing over each other online. She said that Colt treats her well and makes her laugh. Moreover, she also got along with Debbie which apparently is a big requirement.
They have been dating for over three months and seem to be parting ways. But none of them has given any confirmation yet. This scenario sounds a little familiar. Larissa and Eric were too gushing over their connection and chemistry. But ultimately, even they gave the fans a surprise when Larissa announced a breakup.
Stay tuned for more 90 Day Fiance

news on the supposedly estranged couple.