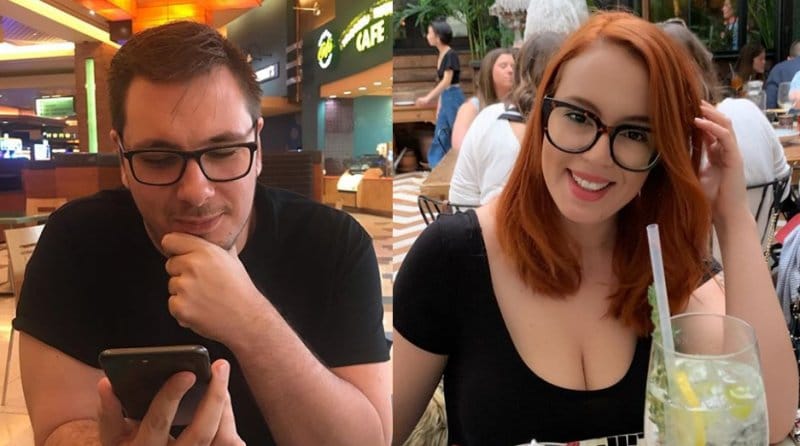 '90 Day Fiance': Colt Hints About His Engagement With New Brazilian Girlfriend; Is She Pregnant?

90 Day Fiance star Colt Johnson has a new flame Jess Caroline, and their relationship went public this July. They have been close for a long time, and there is a chance that Colt has a proposal on his mind. The reality TV star has been dropping hints that he is searching for a ring. Let’s take a look.

90 Day Fiance: Colt Moving On From His Divorce From Larissa

Colt and Larissa’s divorce got finalized, and just two months later, we saw updates of his new girlfriend. Jess shared a cheesy message on her Instagram, and Colt shared a portrait of his new love. Jess revealed that Colt and she have a lot of similarities. They are together because they both want to be. He treats her well and makes her laugh. Even though both of them haven’t revealed many details about their relationship after going public, Colt is dropping hints that he wants to take it to the next level.

He posted pictures as well as sketches of diamond rings and was looking for someone who makes jewelry. According to Larissa, Colt bought her a fake diamond ring. There were rumors about her flushing the ring down the toilet. She also revealed that he purchased it from Etsy. He might even make other changes. Earlier, he faced a lot of backlash over having an extremely close relationship with his mother. It seems like this time, he is about to address this issue. When Chantel explained it to him, he yelled at her, and it turned into a fight.
In August, Colt opened up how difficult it was for him to work two jobs and save a doomed marriage. Even though he started with a celebration of his divorce party. But at that time, he wasn’t fully healed. In fact, Larissa is happy for her ex.

Speaking of things moving too fast, according to Soapdirt, rumors are spreading that Jess is carrying Colt’s baby. In a recent picture that Jess posted, 90 Day Fiance fans are raising their eyebrows over her pose. She posted a picture in which she was holding her stomach. Usually, women do this when they are expecting a child. And if Caroline is pregnant, Colt has got to be the baby daddy!

Colt is known for his pranks hidden in pictures. There is a chance that they might be kidding about it all. On the other hand, Jess recently answered a question about what kind of mother she would want to be. She said that she wants to be a friend to her future son. Interestingly, that is what Debbie and Colt’s relationship sounds like.
Jess appears to be the perfect girl for Colt. The biggest perk is that she has a good relationship with Debbie, Colt’s mom. Do you think with pregnancy and engagement rumors, the couple can take their relationship to the next level? Let us know in the comments below. Stay tuned for 90 Day Fiance updates.