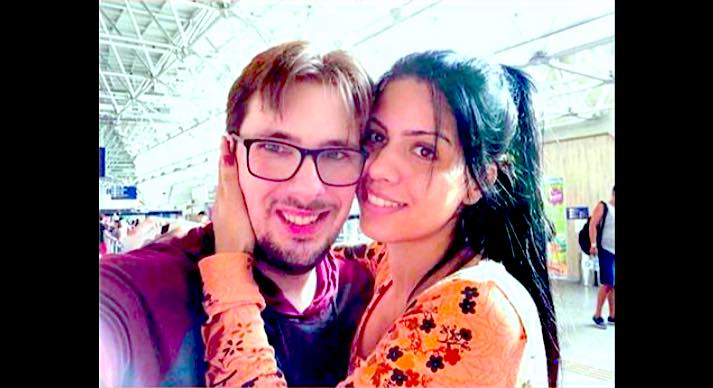 90 Day Fiance: Do Colt And Larissa Still Have Feelings For Each Other?

If we speak of one of the most controversial couples of ’90 Day Fiance,’ Colt and Larissa are sure to top the list. Starting from something as petty as getting upset over flowers, these two haven’t been able to keep their love life on the right track. Things got even further heated up when the domestic violence incident crossed the line. The charges were dropped for Larissa’s previous arrests. But this time, things went out of line and Colt filed for a divorce. Since then, things have been unraveling quickly.
Even though both the parties agree that they should part ways, they are definitely not amicable about the split. Larissa had been bad-mouthing Colt in the media. This escalated to such an extent that Colt had to plead the judge for issuing a gag order against Larissa to protect his reputation.

Larissa recently posted a picture of her with the new boyfriend. Most of the fans were happy for her. However, in that happiness, they got a solid dif out of Colt by posting some harsh body shaming comments. Viewers are calling her new boyfriend as an upgrade over Colt.
https://www.instagram.com/p/Bub72BNAy2N/?utm_source=ig_web_copy_link
This is what Larissa exactly conveyed via her post. She said that she is happy to receive all the best wishes and motivation. But she also answers back to the haters of her estranged husband. Larissa expresses her gratitude for the positive responses along with a request to fans. She wanted them to stop making fun of Colt and commenting disrespectful remarks about him. Taking it a step further, Lar issa informed the fans that there was a time she truly loved him and respected him. Even though Colt is no longer a part of her life, she wishes him peace and happiness for the days to come.
She also mentioned that she has begun a new chapter of life. This phase involves interesting projects and fulfilling dreams. Sometime after this post, Colt also took to Instagram to post a happy picture of him and Larissa. These sudden shocking moves from the estranged duo is shocking for fans.
https://www.instagram.com/p/Buc-Z4AgHKI/?utm_source=ig_web_copy_link

90 Day Fiance: Is Larissa Trying To Protect Herself?

Colt is pretty adamant on making Larissa leave the country. Chances are that Larissa is trying her best to try and avoid an unpleasant life situation like being deported. Maybe she thought that by shunning the Coltee critics, she could bring a change of heart in Colt.
Both say that they are ready to move on from each other. But the way they are portraying their opinions on social media now is confusing. 90 Day Fiance star Larissa, who was adamant on teaching Colt a lesson is defending him on her Instagram post. After that, Colt’s recent post also indicates the absence of negativity. Are they just trying to make peace with each other like exes do some time after a split? Or do they still have some feelings for each other deep down? What do you think? Let us know in the comments below.