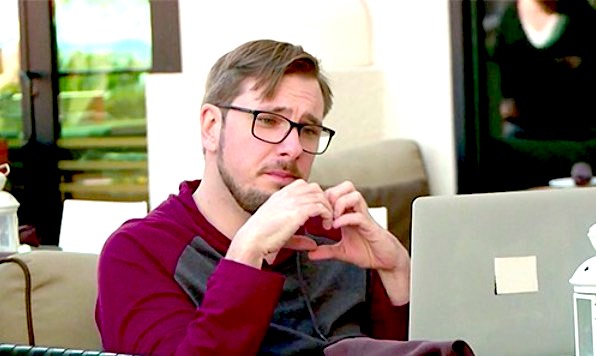 We all remember the time when the internet was flooded with the incident involving 90 Day Fiance star Larissa locking herself up and posting things on Instagram. In an answer to all her claims, 187anonymousgossip187 has posted Colt’s side of the story about what happened that day. Here is what Colt has to say.

90 Day Fiance: Colt Opening Up About The Firey Incident

Initially, he thought that they would make a day out of not having anyone else at home. His mom was away, and only the two of them were in the house. He started by saying that the cops arrested Larissa again that afternoon. He mentioned that whatever was bothering her just came out, and she locked herself in the bathroom after making a fuss. They spent the entire day fighting.
https://www.instagram.com/p/ByhrO0unD8X/?utm_source=ig_web_copy_link
When she locked herself in the bathroom, he deactivated her phone. She posted his number online and said that she was in danger. In the meantime, she kept yelling and hitting Colt. He also mentioned afterward that Larissa was being suicidal.

What Do 90 Day Fiance Fans Have To Say About This?

The post has mixed reactions from fans. While some say that it was a psychotic move to deactivate Larissa’s phone when she locked herself in the bathroom, others are totally team Colt. Most of the fans accuse Colt of tormenting her, and they have mentioned that he has been caught in his own words. Others say that Larissa has been a gold digger throughout and green card was her only aim of marrying Colt in the first place.

Larissa has mentioned that she loves her life, and all the suicide claims by Colt are lies. She had also raged over Colt when he took her off the health insurance. But the fact that she has been arrested more than once for domestic battery proves to some extent that she is not fully stable either.
Even though they are separated, who do you think was at fault during that day? We know Larissa wanted the green card and was making Colt spend all his money. Was she just interested in the green card and was a gold digger? On the other hand, Colt has still not been able to explain the motives behind his moves as well. Why did he deactivate Larissa’s phone in the first place? Are you team Colt or team Larissa? Let us know what you think in the comments below.