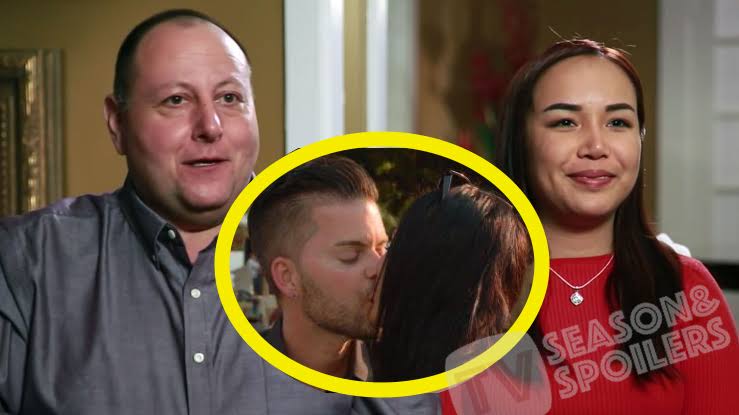 '90 Day Fiance': David And Annie Say Tim Is a Bad Kisser, Talks About Their Sex Life

It seems like Tim Malcolm has become the center of focus of trolls by fans as well as other 90 Day Fiance stars. Recently, some fans called him transgender due to the way he acts. Some other 90 Day Fiance stars also poured in insults. Tarik and Dean pointed out that he doesn’t have balls due to the way he crosses his legs. In fact, Tarik even said that he is lucky that he can’t cross his legs that way. Dean pointed out that he might have had a sex change and was a woman before. Like that wasn’t enough, David and Annie recently weighed in their opinion about Tim. Let’s take a look.

90 Day Fiance: What Are David And Annie Saying?

David and Annie are calling Tim a bad kisser and are giving him some of their own advice. David said that there is no way he could have laid next to someone so attractive for such a long time without doing anything. He pointed out that a guy has got to have some feelings when a sexy woman is lying next to him.

On the other hand, Annie believed that Tim might still be hung up on his ex. David seemed to agree with Annie. Malcolm’s way too frequent contact with his ex is a point of concern for many 90 Day Fiance fans. In fact, Tim is planning on using the same ring to propose to Jennifer, the one he proposed his ex with.

David Boasts About His Active Sex Life With Annie

David reveals that he and Annie try to do it about three to seven times a day. He gushes over his wife for keeping him active. Of course, it’s not their place to give Tim any advice. They are not the only ones calling him out in some or the other way. Jennifer, Tim’s current girlfriend, said that he wasn’t passionate enough. She also expressed concern over her father approving of him. And her concerns proved to be right at the end of the day.

In recent episodes, we saw Tim meeting Jennifer’s father. He took Tim to his farm to see whether he can help him in his family business. When Jennifer asked for her dad’s feedback, he said that Tim is not the kind of guy who learns things easily. Even though he might not have been too aggressive about it, but it is clear that he is not a fan of Tim dating his daughter.
Jennifer wants to be with Tim because he is a family man. But even she feels that he lacks passion and is a little feminine for her taste. Tim’s ex is another source of worry for the couple. His Columbian girlfriend is not fond of Tim being in close contact with his ex.
Do you think with all the bashing can affect Tim and Jennifer’s relationship? Let us know in the comments below. Stay tuned for more 90 Day Fiance updates.