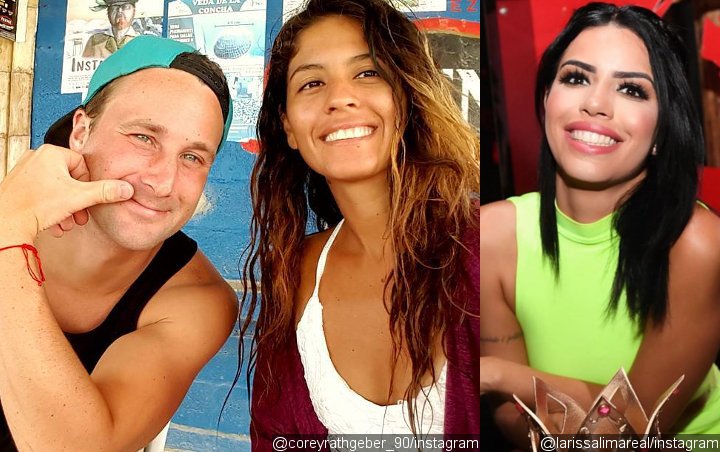 ’90 Day Fiance’: Corey and Evelin have called it quits, and so have Larissa and Eric. In Larissa’s breakup, there was a significant fallout as she announced it publically before speaking to Eric. Eric started hanging out with Colt and his mom which caused a lot of stir. As for Evelin, fans have seen her being really mean to Corey throughout the course of 90 Day Fiance: The Other Way. She is currently consoling Laura who is spending some time in Ecuador after breaking off her marriage with Aladin. It seems confusing, right? Well, it’s about to get even worse.
We know that the queen declared her availability for a new relationship on Instagram. On the other hand, Corey is spending some time with his family back in the US after breaking up with Evelin. It looks like the two singles are ready to get back out there without any restrictions. Larissa recently got out of a relationship and so did Corey. According to a user, they are all a mess. Some fans are on Larissa’s team. Let’s take a look.

Just when the speculations of Larissa and Corey dating began to take full form, Larissa took to Instagram to clear the air. She stated that we all know how much Corey loves to travel and meet fellow cast members. That is exactly what happened. Larissa and Corey met, played slot machine games, had some drinks and talked about life in general. She also revealed that they didn’t even kiss. It was an innocent get together and she posted a picture.

Larissa also revealed that when she woke up in the morning, she got messages from fans. They sent her live video of Evelin in which she was calling Larissa out for being a whore. Larissa thought that Evelin calling her all sorts of names wasn’t fair as she had no idea of what was happening.
There was a time when Evelin needed help in dealing with haters online and Larissa helped her out. Larissa thinks that if Evelin still believes in her relationship with Corey, she should talk to him about it. Instead of calling out people she doesn’t know that well, it would be better to have a chat with Corey about what’s going on.

She says that the situation is different from what it was between her and Colt. Larissa also mentioned that she was not announcing a new relationship just for the sake of publicity. It was a fun evening for her and that’s why she posted a picture. Even though her face was swollen from all the procedures.

Larissa has stated that she is open to meeting Corey again as he is really sweet. She knows that she didn’t do anything wrong and is free to do whatever she wants. What do you think of this get-together? Let us know in the comments below. Stay tuned for more 90 Day Fiance updates.