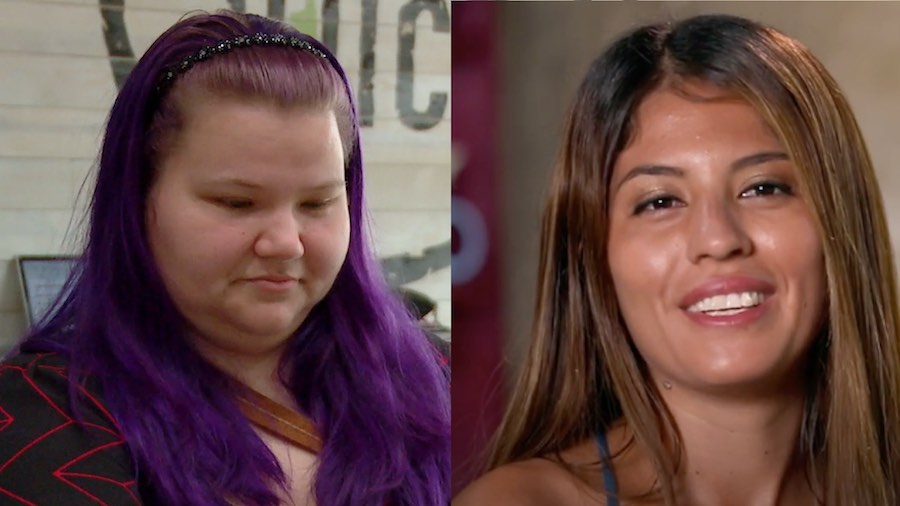 Like 90 Day Fiance: The Other Way fans already know, Evelin just can’t hold back her words. No matter how hurtful or demeaning they are, once she has decided to convey her message, she is gonna say it! Remember the time when she makes Corey upset just by using her words? Well, this time, the target is another 90 Day Fiance contestant. Nicole is surrounded by maximum controversies as we saw in 90 Day Fiance: Happily Ever After. It seems like the contestant clash can last long considering how straightforward Evelin has been this time. Let’s take a look at the comment she made on Nicole and Azan’s relationship.

What? Did you think it’s the other way round? Well, the Other Way star has got a totally different tale to tell. Even though the whole world believes that Azan is the one milking Nicole for the American Dollar all along his time on the show and afterward, Evelin thinks that Nicole is the one actually using Azan. We know that Evelin’s outspoken personality is worth watching out for. In the recent Q&A, she has opened up about her thoughts on Nicole and Azan’s long-distance relationship along with some other hot topics.

When someone pointed out that the show always portrays the immigrant as the antagonist, Evelin agrees. She goes on to say that people always suspect them of being after the green card. She also explained how most people tend to overlook another side of any relationship. As for Nicole and Azan, she calls her a mastermind and implies that Nicole is using Azan.
When a fan asked for clarification, Evelin mentioned that Azan can’t come to the US. Nicole might be giving him hopes for a green card. The reason behind Nicole sending him the money can be that she wants him to remain on the show. Evelin states that she thinks of Nicole to be the one who is playing.

Nicole is always receiving a lot of backlash for sending Azan money and the accusations of raising her daughter poorly. People believe that she is being unfair to her daughter. Some fans also think that she is a fool for letting Azan use her like that. But as Evelin pointed out that she thinks it’s the other way round certainly opens up some room for speculation.

Something to think about is that the show has given Nicole a lot of recognition. Also, without Azan, it wouldn’t have been possible. We can see on her Instagram account that she is doing a lot of promotion for brands. With a massive social media following, thanks to being a reality show star, she is becoming a successful Instagram influencer. And of course, we know that some of the influencers get paid a lot. Do you think it was all a part of Nicole’s strategy? Let us know whether you think she is just playing the victim or is one in the comments below.