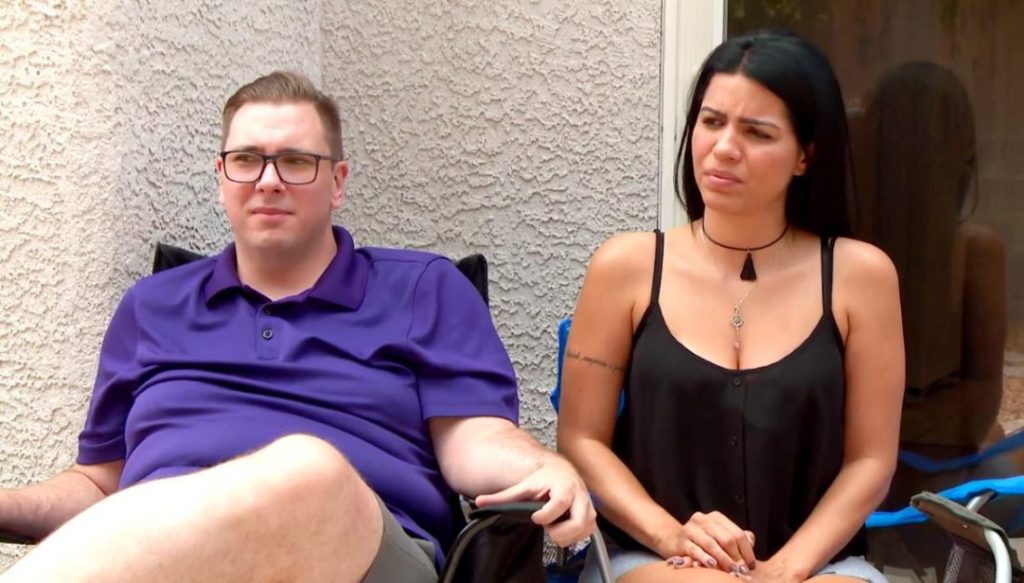 90 Day Fiance: Exclusive Video! Colt Throws Soda in Larissa's Ear When She Refuses To Have Sex With Him

Just when you thought that 90 Day Fiance stars Colt and Larissa’s drama ended with their divorce, here is some more news on how the mother-son duo treated Larissa while she was married to Colt. But one of Larissa’s besties is out there with another major reveal. Apparently, when Larissa commented on Colt’s hygiene and refused to sleep with him, he threw soda in her ears. Moreover, when she moved her furniture, Debbie called her a bitch. Let’s take a deeper look into what’s going on.

90 Day Fiance: Revealing Another Side of The Story

In the video, we can see Debbie yelling at Larissa, telling her not to use her computer. Larissa tells her that she is recording all of it. In another video, Larissa shows something spilled all over her. Larissa’s best friend reveals that she has been undergoing a lot of mental torture from Colt and Debbie. She also states that they need to leave Larissa alone. Her best friend tells people to spread these videos far and wide so that everyone knows what she faced. However, most fans have a totally different perspective on this.

While there are some who are calling Colt and Debbie freaks, most of the viewers seem to be against Larissa. They accuse her of trying to play the victim once again. She is clearly provoking Debbie and trying to get a reaction out of her, a fan mentions. Another user pointed out that Larissa didn’t record the part where she was verbally abusing Colt and calling out his relationship with his mom.
https://www.instagram.com/p/B1Z9xKgn1yo/?utm_source=ig_web_copy_link
From the moment she entered the house, she wanted to change everything. Instead of trying to fit in, Larissa declared herself the queen. The fan went on to a whole new level of criticism. She called her out for not taking care of her children and buying a face and a butt. The user also calls her ugly on the inside.

90 Day Fiance: Is It a Violation of Their Divorce Settlement?

One fan asks whether revealing details about Colt and Debbie is a violation of their divorce settlement. Earlier, both Colt and Larissa were talking way too much negative about each other on social media. But as per their divorce settlement, they are not supposed to talk ill about one another on any public platform. To clarify this, another fan took to the comments section and pointed out how vicious Larissa has been with all of this.
Technically, the post wasn’t a violation of their divorce settlement since Larissa wasn’t the one making all the reveals. She cleverly got a third party to do all the dirty work for her. She made the video way before the cops caught her for domestic battery. Even her self-inflicted wounds didn’t work at that point.
Do you think Larissa is again playing the victim? Let us know in the comments below.