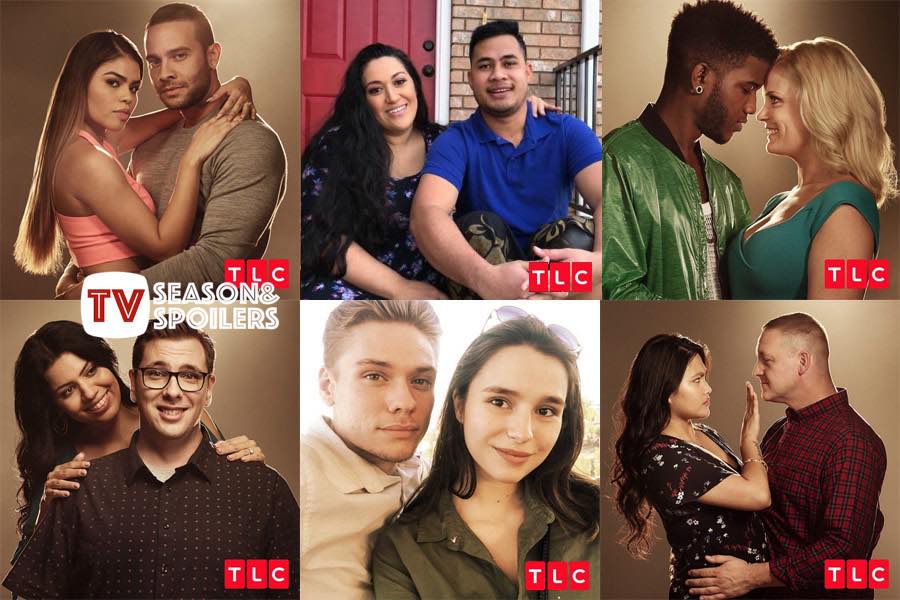 90 Day Fiance has always been in the news for some of its fake storylines. This confuses the fans as to how much is real and what the producers are trying to fake. That’s why we have narrowed down top 5 real and fake moments on the show for easing out your confusion. Let’s take a look.

One of the most popular couples to cross all heights of dishonesty include Jay and Ashley. Not only did they break up before entering the show, they even faked an entire wedding just to gain popularity. When the shooting of 90 Day Fiance was going on, the two of them weren’t even dating. This is not an unusual phenomenon in reality shows. But deceiving the fans to such a great extent can cost the show a majority of the viewers. the network can start losing credibility.


A relationship completely dependant on a machine for understanding what the other person is saying is way too weird. Moreover, the authenticity of the translations is just not accurate. This was one of the burning questions among the viewers. Even the best of the translators can’t convert some sayings and phrases into another language. TLC definitely had something to do with the editing of the transcripts. What they showed to the audience wasn’t actually the real conversation between the couple.
Also Read: 15 Bizarre Rules The Cast Of ’90 Day Fiance’ Are Forced To Follow


There was a lot of controversies already surrounding Pedro and Chantel’s relationship. Like that wasn’t enough, Chantel’s name started coming into a doubtful radar. Apparently, the reality TV star wanted to conceal her identity. Fans have been speculating for long that Chantel wasn’t her real name. Even though most of the contestants join the show for fame, Chantel is adamant on hiding her true name. According to reports her real name is CeAir. Maybe she decided to replace it with a simpler name to avoid confusion. Unfortunately, the couple was already in the bad books of the viewers. This action certainly affected her credibility in a negative manner.

4. Anfisa And Her Modeling Career

Anfisa and Jorge are already on the list of on fo the most dysfunctional couples of the 90 Day Fiance. The relationship did not appear to be genuine at all. Moreover, Anfisa came across as a gold digger in most of the situations. Her love for money and material things made her love for Jorge come across as fake. She called herself a model which has always been doubtful. There were no records found for what she said. Later Jorge came to her defense and told TLC that she is an adult model. Whatever the whole thing was, the modeling thing appears to be fake.

5. Chris Asking Annie For a Massage

When this incident happened, the one question running through fans’ mind was, “Who does that?” Moreover, why would anyone do that on Television unless they are asked by the network to play along? David and Annie were broke and David’s friend asked them to move into his place. But asking for a massage from his friend’s significant other was way out of line. Later, Chris’s wife revealed on Facebook that the entire thing was fake.
Also Read: What 90 Day Fiance Season 6 Couples Did On Valentine’s?

Azan wasn’t too pleased when he met Nicole face to face. The fact that she had some extra weight on her body had to do something with it. Despite his doubts, he decided to move past his judgment and carry on with the relationship. But in an altercation on 90 Day Fiance, Azan tod Nicole that he wanted her to join a gym. Of course, that didn’t go well with Nicole who thought he was trying to change who she is.

2. Anfisa Freaked Out On The Phone


Just like every other couple, Jorge and Anfisa cleared out legal stuff in advance. However, when the scales were tipping too much in Anfisa’s favor, Jorge had to straighten out stuff privately behind the scenes with his lawyers. When Anfisa knew of this, she called him up and yelled. Her behavior came across as irrational and crazy. Her temper over the phone certainly affected her overall image in the eyes of the fans. Wanting everything in her favor is certainly unjustified. Yelling at Jorge for being just is taking it to a whole new level.

3. Maintaining a Distance From Nicole

Azan comes from Morocco where public display of affection is frowned upon. This one time, all Nicole wanted was a hug to which Ryan refused. He was clear about his cultural values but somehow Nicole failed to get the message. It is clear that Nicole is certainly passionate about Azan. But it seems that the feeling is not completely mutual. As a result, it created an awkward scene in which Azan refused to hug her. That was definitely painful to watch.

4. Michael Is Coming To The States

Most of the times Michael and Angela’s relationship felt fake. The cultural gap between them was too wide to overlook. Michael was a Nigerian and Angela was a suburban woman from the United States. But when Angela gifted him the US flag and told him to come to America, the joy on Michael’s face said it all. It was definitely real.
Also Read: 9 Best Couples On 90 Day Fiance Of All Time


Darcy and Jesse were already one of the most dysfunctional couples on the show. But Darcy took it to an entirely different level when she lost control. The conflict started when Jesse started to consider himself to be the victim of catfishing. He said that Darcy posted pictures that were decades old. However, overlooking all this, Jesse planned a romantic date for them. It was then when Darcy lost control after one-or-two drinks. That awkward high-five said it all.
Just like all reality shows, 90 Day Fiance has its real and not-so-real moments. But that doesn’t stop fans from loving all the drama, does it?