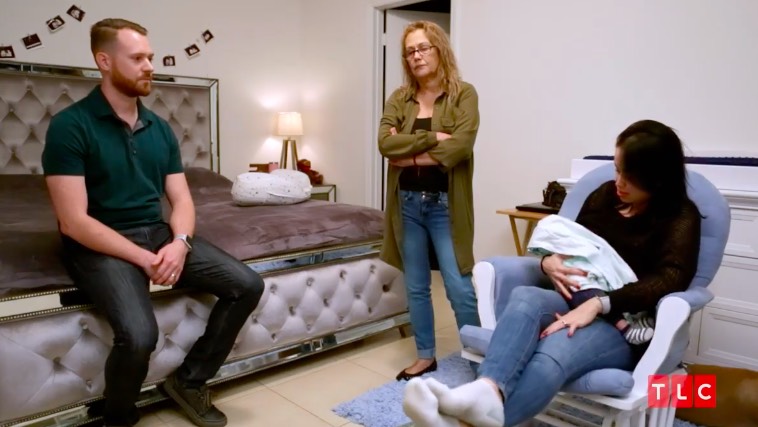 90 Day Fiance: Happily Ever After; Paola Forbids Russ's Mom From Hold Her Baby

90 Day Fiance star Paola and Russ have a beautiful son named Axel, and he is just three weeks old. Since he was born, Russ’s mom had been eager to meet him. The happy moment is finally here. Let’s take a look as to how things are unfolding in the family.

90 Day Fiance: Happily Ever After; Paola’s Restrictions For Russ’s Mother

It has been three weeks since the birth of Axel and Russ’s mom is ready to meet her grandson. She is on her way to Miami to meet him. This is the first time their mothers are going to meet. However, when Paola instructs him on how she feels about people holding the baby, things get out of hand. She says that the baby is so tiny that he only needs his mother.

Paola needs Russ to tell his mother that she has to limit her time with the baby. She is not ready for her to ever hold the baby. Paola says the same thing for her own mom. She wants help with the house but she feels that she doesn’t need anyone to take the baby away from her. He tries to convince her that no one wants to take the baby away from her. However, she says that it’s the time for her and the baby to bond.
Russ says that she is going to get all the bonding time with the baby. She wants him to tell her that Paola has just had the baby and feels uncomfortable if other people hold him. Paola admits that she has been acting a little crazy. But she also says that she has reasons to act like this. Her primary explanation is that she has already lost one baby. She doesn’t want to lose this one.

What Do Fans Have To Say About This?

There has been a series of comments on the post that smashes Paola’s words. Most fans have to say that there is no shortage of overprotective mothers. One of them says that if someone tells Paola to go for a modeling shoot, she will immediately hand over the bay to someone else. Some call it a sick obsession. However, one thing to note here is that Paola doesn’t like her mother in law at all. One fan mentions that the real reason might be the spite towards Russ’s mother, and this can easily be a way of showing that.

Some call this action drama and something that Paola is doing just to be relevant on the show. They want them taken off the show as, without Russ’s mom, there would have been no baby. She has been supportive and she doesn’t deserve this. According to Paola, she is just protecting her baby. But here, the question is from whom? His own grandmother? Do you think her behavior is reasonable? Let us know what you feel about this situation in the comments below.