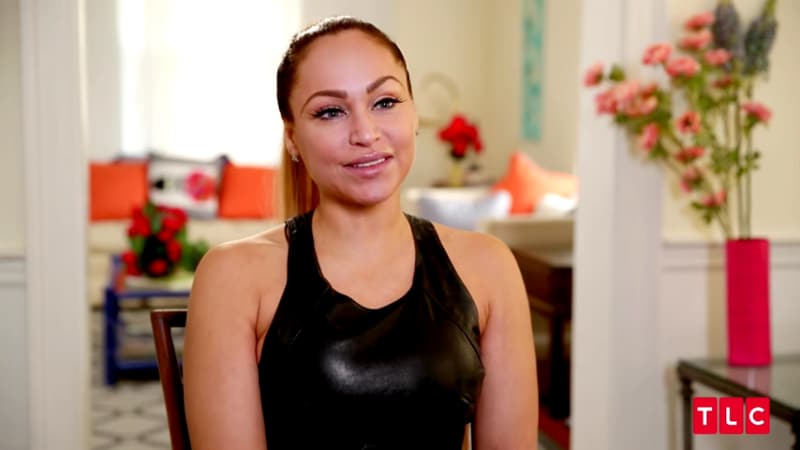 90 Day Fiance Star Darcey Silva is busy shooting for The Other Way, a new TLC spinoff reality show. The show revolves around an American going to another country in search of true love. It seems like Silva has moved past Jesse Meester, her former Dutch lover. Tom Brooks is her new flame and is the new love interest in her life. Who is this mysterious new man? Is he really an upgrade from her former boyfriend? Let’s dig into the details.

90 Day Fiance: TLC Star Darcey Silva Sparking It Up With a New Man

A picture on Instagram shows that Silva is kissing someone who is obviously not Jesse. However, his face is not visible as he is hiding behind a hat. A few days have passed since this picture went viral. A confirmation reveals that this man is Tom Brooks from Britain. Even Tom’s profile shows the same hat. It seems like this entire setup was meant to create a buzz just before the filming begins. Well, it worked!
https://www.instagram.com/p/BtTdv9lBU0d/?utm_source=ig_web_copy_link

Fans all over the world have been wondering who Tom Brooks really is. Hints suggest that he is going to star with Darcey in the new season of the show 90 Day Fiance. According to his Instagram profile, he is the owner of LA BELLA MAFIA and FIT NATION. There are tonnes of fitness models in his Instagram pictures wearing sexy workout stuff. What caused Silva to get enticed by this new mystery man is still something to figure out.
Some viewers detected a hint of surgery while witnessing the engagement ring and pictures of Darcey. Since both of them belong to the fitness industry, it makes it all more believable. Perhaps TLC requested to create this entire setup. Considering TLC’s previous tendencies, this is highly plausible. Pricey goods, yatches, and fine wines are something Tom’s IG is flooded with. This certainly appeals to Silva’s love for fine and high-class stuff.
Unlike most cast members of 90 Day Fiance just there to make big bucks, the case doesn’t match with Tom. He seems already pretty well off and doesn’t need a camera rolling on him to make things work out.
https://www.instagram.com/p/BtGvN7bh9c2/?utm_source=ig_web_copy_link

What Is Tom And Darcey’s Relationship Status?

Unless the latest season finally airs, the couple might have decided to keep mum. All his Instagram profile shows is sexy models with his products. Even though his company website is based in Argentina, it seems like he lives in London. You can take a good look at him enjoying in the Thames River on his elite boat.
Silva is in London for the filming of 90 Day Fiance: The Other Way. The man is clearly wealthy. He also puts an engagement ring on Darcey’s finger which her previous love interest didn’t. Both belong to the same industry. What does this indicate? Has Darcey found the man of her dreams? Let us know in the comments below.