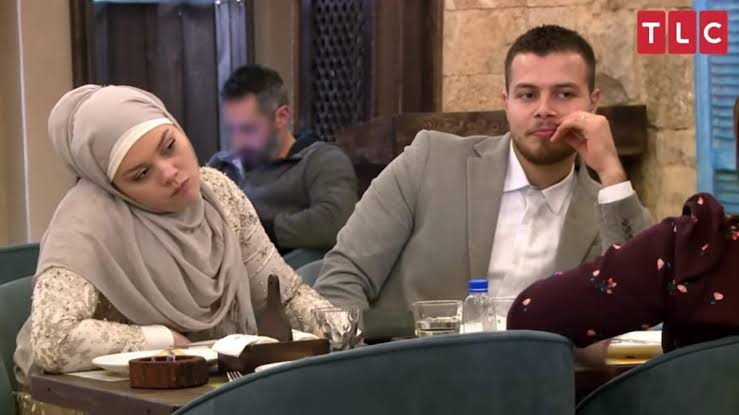 Avery and Omar have had a difficult journey on 90 Day Fiance: Before The 90 Days. The couple met online via a Muslim dating site and fell for each other. Avery converted to Islam as she believed that it would keep her on the right path. The couple got engaged when Avery was 19 years old. Earlier, Omar seemed to be the most loving and caring spouse. But gradually, as time progressed, he started to come off, controlling and restricting. Since then, fans have been accusing him of controlling Avery.

90 Day Fiance: Is Omar More Aggressive Than He Seems To Be?

Since the day Omar told Avery that he is not okay with her dancing in the streets, fans have made a whole new image about him. He seems to be more aggressive than he looked earlier. Avery seems entirely devoted to her husband. However, she is not like the fact that fans are accusing Omar of being controlling. Avery has fiercely come to her husband’s defense.

According to Screenrant, she slaps back at trolls who have been making up lies about Avery and Omar’s married life. Avery says that she is tired of rumors being spread about her husband. Most fans have also questioned whether Omar really feels a commitment to her wife. When Avery was heading back home, he barely showed any emotion.
When Avery was about to marry Omar, her mother pleaded her to rethink her decisions. In fact, in the ceremony, they didn’t even include Avery for sealing the vows. When her mom flew back to the States, Omar told her that she couldn’t dance in the streets. Even though she was using only her fingers. Also though Avery rebelled against him, Omar got angry. This seemed to be like a taste of living as a woman in a Muslim country.
https://www.instagram.com/p/B2vC_PVnTHr/?utm_source=ig_web_copy_link

90 Day Fiance: Will Omar and Avery Work Out?

Avery is shutting down trolls and telling people that Omar is not controlling. In fact, he loves her. The couple is currently living in Lebanon. They are also running a business together. Moreover, she stated that if someone doesn’t like her, its a personal problem. She says that he is just shy. But in reality, Omar is a very loving person.
However, Avery’s mom seems to think that he is just using her for the green card. Syria has been facing a civil war. According to speculations, he is using Avery to come to the US and escape the war. Avery told her mother that he could have married anyone if he wanted that. To that, her mom replied that he did find someone. Do you think the couple will work out for the long haul? Stay tuned for more 90 Day Fiance