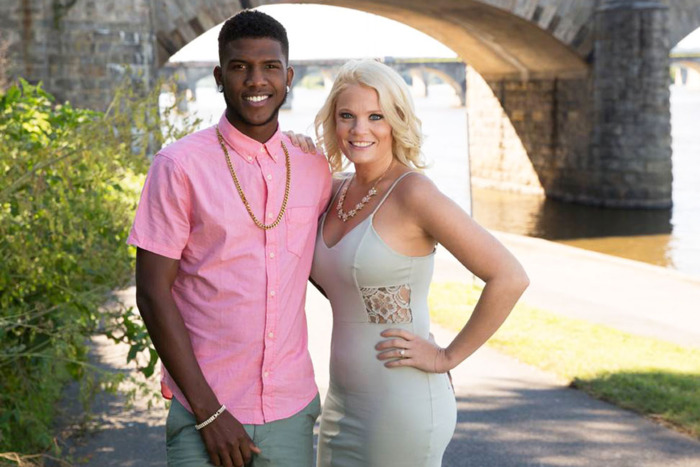 '90 Day Fiance': Jay Hanging Out With Ashley, After Split Up With Kayla

Jay Smith’s life has been a roller coaster the day he decided to star on 90 Day Fiance. He got himself into trouble, split up from Ashley, and got back his freedom after a long struggle. However, now, he is no longer together with his new girlfriend either. What makes the entire situation more confusing is that the cameras caught him in an even about 90 Day Fiance: Happily Ever After with Ashley. Let’s take a look at it in detail.

What Does Kayla Have To Say About Her Breakup With Jay?

After her breakup with Jay, Kayla said that they are happy and have always had a great time together. But she felt that she was giving much more to the relationship than she was getting back. Kayla thinks that Jay is a good person. But she also thinks that he is a bit lost. They are different people who value different things. Both of them have their own motives and are moving forward with them. Kayla also wishes him peace.

A post shared by 90 Day Fiance Gossips and News (@90dayfiancegossipss)

Despite the PFA, According to Radio Online Jay was spotted with Ashley in the same event. To that, Kayla says that if Ashley is playing him again, he is going to be in a lot of trouble. Their relationship caused a lot of damage, and breaking free from it was a lot of effort. However, if he falls into it again, it would be reversing all the effort. She also felt sorry for him and was a bit puzzled at why he would put himself in that kind of a situation.
Kayla says that their romance ended in heartbreak. But she learned an important lesson from it. She is proud of her love for Jay and is happy that she could help him out in his time of need. Kayla also says that whoever she loves, she offers unconditional love and support.

90 Day Fiance: How Did The Drama Begin?

The drama with Ashley and Jay kickstarted with Jay’s cheating behavior. He was unfaithful to Ashley just after they got married. He was speaking to multiple women on Tinder. When Ashley asked for an explanation, he said that he was just getting bored. Ashley filed for divorce but later the couple reconciled and she withdrew the paperwork. They tried to mend their relationship, but Jay cheated on Ashley again.
This time Ashley made up her mind to terminate the relationship and filed for divorce again. However, Jay broke into her house when she was on vacation. That prompted her to file a PFA. But Jay violated it and ICE detained him. Kayla launched a GFM campaign to raise money for an attorney. Moreover, his boss bailed him out later.
What do you think of Ashley being spotted with jay again? Let us know in the comments below. Stay tuned for more 90 Day Fiance updates.