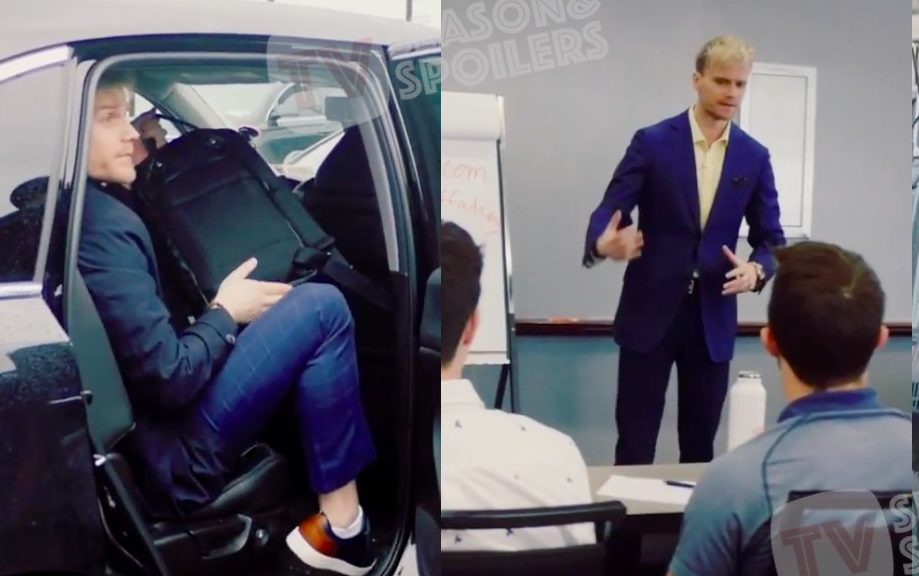 Some reality stars take the 15 minutes of fame on 90 Day Fiance very seriously. Jesse Meester is one of those 90 Day Fiance stars who has almost succumbed to the little stardom he has got by being with Darcey Silva on 90 Day Fiance. Let’s take a look.

Jesse Meester is definitely trying to portray himself as a super successful man. He is asking for $5k for a session with him. Moreover, if you want an engagement ring from him, you are going to have to pay a total of $10k. Now that’s what we call fame rising to someone’s head! Let’s take a look at his journey on TV to understand why he is charging the way he is. Let’s have a look.

Jesse is 25 years old and he is a fitness trainer. He is a psychology student, is an actor, and has also served int he military. Since the age of 24, Jesse has been speaking to the public about psychology, sociology, and positivity. However, viewers know him from 90 Day Fiance and as Darcey’s former flame. He starred in one season with Darcey and then the couple decided to call it quits. According to Darcey, the relationship was abusive.
Earlier, Jesse pissed fans off by posting an offer. It said that if you have $5k, you can book an appearance with Jesse at your local pizzeria. In fact, he was available for appearances at an international level as well. However, the flight and accommodation are excluded in that case.
As soon as that post got to the public eye, people took no time in bashing the former reality TV star. People on team Darcey said that he got his fame only because of Darcey. Moreover, he was the narcissist in the relationship according to them who just gaslighted Darcey.

Jesse’s buzz of fame doesn’t end at the 5k appearance he wishes to make. He is charging $10k just for a ring from his end. Another fan called him gay and accused him of not coming out in 2019 even when it’s not that big of a deal. One fan pointed out that his value has already dropped. Initially, he was available for making appearances at $6900. But now, he has reduced the amount to $5000. Of course, we know what that means. He is not getting as much importance from others as he is giving to himself.
Do you think it’s right from Jesse’s end the way he is selling himself out? Let us know in the comments below. Stay tuned for more 90 Day Fiance updates.