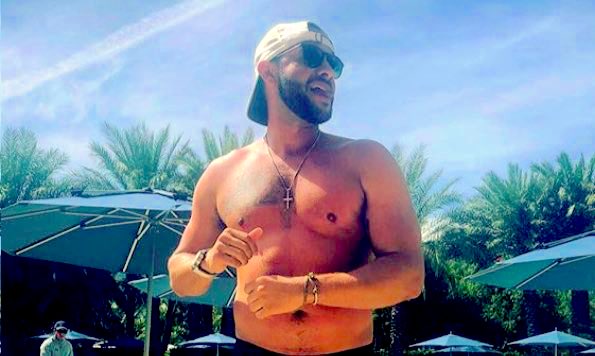 90 Day Fiance has a success rate to boast about. However, that doesn’t mean all couples end up happily ever after. From gold diggers to the incompatible ones, couples sometimes have to face ugly breakups. After some time, it is all about moving on and getting engrossed in your own life. It seems like that is exactly what Jonathan Rivera is trying to pull off here. Speaking of him, the famous ’90 Day Fiancé’ Star Jonathan Rivera has a new girlfriend after one year of getting married to Fernanda.

The couple had a pretty rocky relationship throughout the show. They split up and filed for divorce earlier this year. Fernanda even apologized after the ugly split. But it seems like Jonathan thought the damage was too profound to repair. When the Tell All aired, fans were shocked to see them part ways. Let’s take a look at where Jonathan currently as far as the relationship standpoint is considered.

Jonathan Rivera Is Moving On With A Vacation With New BAE?

Jonathan is no fool after starring for such a long time on 90 Day Fiance. The time when cameras were rolling on him has taught him when to reveal a relationship and when to keep it under wraps. He posted a story of him with his new girlfriend on Instagram captioned, “baby’s home.” However, there is a catch. In the picture, none of their faces are visible. The picture shows the couple’s intertwined legs.

Moreover, recently, Jonathan posted another story about going on a 10-day vacation, probably on a cruise. And definitely he is not alone, the new couple needs a getaway.

This has got fans to guess who the mysterious woman could be. According to most of the speculations, the one close with Jonathan might be Kolini Faagata, the sister of Kalini Faagata, 90 Day Fiance Season 6 star. However, she herself revealed that she is no the one in the pictures. The woman with Jonathan has her left foot inked. Kolini clearly states that she doesn’t have a tattoo on her foot.

90 Day Fiance: Why Did Jonathan’s Marriage To Fernanda Fail?

Fernanda wasn’t a gold digger, according to Jonathan. Even after they called it quits, he defended her and stated that their feelings towards each other were real. He gave his best to make the marriage a happy one. However, things didn’t work out as expected, and they filed for a divorce. He also canceled the visa application which would have made him responsible for her finances for about 10 years.

Fernanda left Jonathan on a plane to Chicago. She wanted to pursue a modeling career there. He also told a fan on Instagram that Fernanda had said things that she won’t ever be able to take back. Jonathan mentioned that even after her apology, he hadn’t forgiven her. He tried to provide her everything. But nothing was ever enough.

According to reports, last month, the couple was legally married. However, the current status of their marital status is unknown. Who do you think the mystery woman could be? Is she someone familiar? Let us know what you think in the comments below.