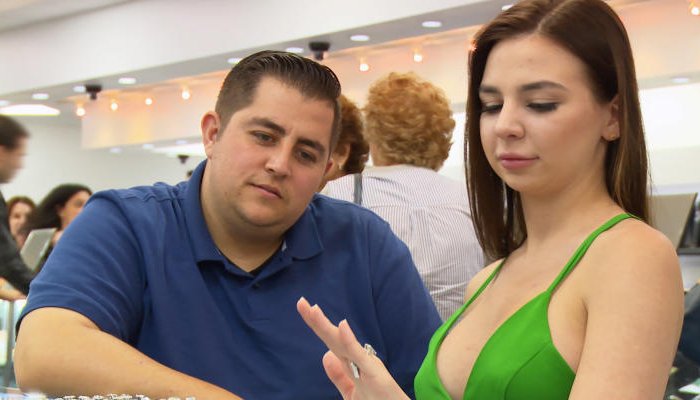 90 Day Fiance star Jorge faced an arrest for carrying 300 pounds of marijuana which some fans think was a way to give Anfisa a luxurious life. However, after serving his sentence, he is a free man. Jorge is moving on in his life with his new girlfriend.

90 Day Fiance: Jorge Is Glad Things Went Down The Way They Did

Jorge started off by saying that he is glad that things went down the way they did. It’s understandable from the fact that he is super happy with his new girlfriend. Jorge even feels that he is blessed to have her in his life. But the time before that was definitely not a picnic for him. He underwent a massive weight loss transformation while in prison when Jorge lost 128 pounds. Fans first saw the couple on 90 Day Fiance as they stumbled through a tumulous relationship for about three seasons.

He saw Anfisa’s pictures on Facebook and fell for her. But when they connected and started filming, they constantly fought over his finances and Anfisa’s bad temper. Even though they finally got married, Jorge revealed that she threatened to leave him every day. Their marriage was put to test when he got arrested and was sentenced. Things got even tenser when Anfisa’s pictures with a guy named Leo were all over the internet.

When Jorge was counting his days in prison, he tried to get Anfisa to talk to him. He wanted things to work out between them since they were already married. However, She didn’t think he was worth her time and left him, according to what he said. Jorge also emphasized that Anfisa wasn’t there for him when he was facing the most difficult time of his life.

So, he decided that he would file for a divorce as soon as he’s out of prison. As a prisoner, he felt helpless and devastated over all the mean things she said on the phone. Overall, Jorge described that the entire experience was tough on him. He is happy that his toxic relationship is over. Now, he feels that he is mentally stronger after going through all the troubles and learning lessons. The best part is that his new relationship is amazing.