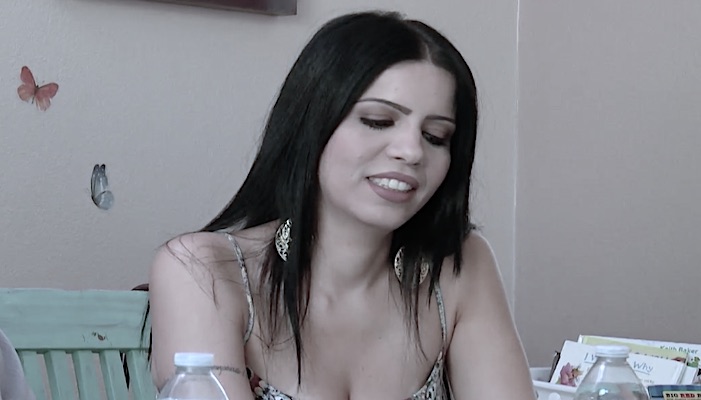 It seems that the feud between Colt and Larissa keeps on and on. Just when we thought things are good between Larissa and Colt, another drama occurred. When the estranged couple got divorced, fans thought that the two of them are over each other. Larissa has a new boyfriend Eric, and Colt is also with some mystery woman we don’t yet know of. However, it seems like Colt hasn’t stopped talking about Larissa’s close ones.
Apparently, he insulted Carmen by body-shaming her and attacked Eric with his words as well. Larissa is clearly pissed at his actions. She is bashing him on Instagram.

90 Day Fiance: Is Colt Violating The Anti-Defamation Clause Of Their Divorce?

Larissa is publically blaming Colt for violating the anti-defamation clause mentioned in the divorce. It states that neither of the parties involved can defame each other. She goes on to say that no one needs to be ashamed of their sexuality. Apparently, he made a homophobic comment. We have already noticed that he is behaving a little out of the way. It sounds like Larissa is trying to play the victim here. However, fans’ comments on the Instagram story have a totally different tale to tell.
https://www.instagram.com/p/B0Www0dHlVa/?utm_source=ig_web_copy_link

Do you remember the time when Larissa called Colt a pig? Well, at least most of the fans do. Her statements are some pretty big words coming from a woman who has body-shamed her ex-husband multiple times on the show as well as social media. Fans calling Larissa a hypocrite, in this case, is perfectly reasonable. Moreover, Colt is not the only one Larissa has body-shamed in the past.
We know that Fernanda, another 90 Day Fiance alum is in Chicago to pursue a modeling career. Larissa once told her in the heat of the moment to go and buy a butt. Ironically, she is now the one who has gotten implants and Fernanda is successfully getting some decent modeling gigs.

The estranged couple bashing each other publically doesn’t even make sense now. Since they are in their separate ways, they should focus on their respective current lifestyles. Moreover, Larissa has another boyfriend who she is proudly flaunting. Fans have seen pictures of Colt and his mystery woman sitting in the car holding hands. He probably still lives with Debbie as it seems like she is the one who shot the picture.
What do you think is the reason behind the rekindling of this feud? Is it real or just a publicity stunt to gain some more engagement on social media? Let us know in the comments below.