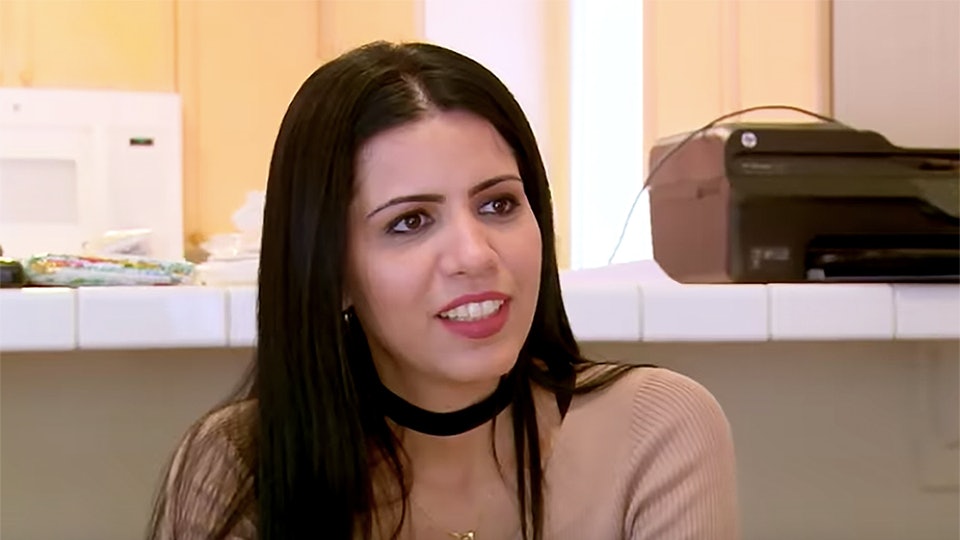 The 90 Day Fiance drama queen Larissa is back with another one of her activities to stay in the headlines. Apparently, she manages to succeed every time!
She has responded to Colt’s petition for divorce. While filling the documents, the Brazilian reality TV star requested $1000 each month as spousal support. She also demanded their common furniture split between the estranged couple.

90 Day Fiance: Brush Up On Colt And Larissa’s History

When Colt filed for divorce, Larissa accused him of conspiring their fight and split. She also said that Colt and his mom are in possession of her belongings. Larissa calls her iPhone the only valuable thing she got out of her marriage. However, Colt reported that stolen and the cell service ceased. She also uploaded screenshots of Colt emptying her account, leaving her with just $38.
https://www.instagram.com/p/Btw4Srlggzf/?utm_source=ig_web_copy_link
Colt wants a swift divorce since the duo doesn’t own any common property. Larissa also agrees that their marriage should probably end. But she is demanding spousal support from Colt.

90 Day Fiance: What Does Larissa Want?

Apart from spousal support in the form of $ 1000 per month, Larissa wants her home furnishings and their joint accounts split in half. Colt is in a pretty good financial condition, considering he is a software engineer. He probably earns a six-figure income and Larissa is almost broke. However, there is definitely something more to the story. Colt lost a job in Seattle before landing the one in Vegas.
At present, Larissa really needs the cash. She is paying attorneys and the proceedings involve many other expenses as well. According to sources, the reality TV star does not want to get deported. She has to fight to stay in the States. Moreover, Colt pressing charges of domestic violence doesn’t make it any easier. He says that she inflicted injuries upon herself to prove herself innocent.

https://www.instagram.com/p/Br_tFOuARaY/?utm_source=ig_web_copy_link
Larissa is uploading all sorts of old romantic pictures of the 90 Day Fiance couple with the caption that she wants what Colt owes him. It seems like her agenda behind her sudden move is clear. She deleted these pictures after the split but now she has put them back up. Swaying the judge can be one of the motives. The pictures include her engagement photos and those from the wedding. The fans are surprised by this sudden move. However, considering the trial on the verge, Larissa was bound to do something to uplift her situation.
As for Colt, it’s a straight no. Is Larissa being reasonable? If a conviction is a consequence of the domestic violence charges, she is going to be deported back to her country, banned from staying in the States. If they wanted to split the stuff without a fight, they could have done it in January. They clearly want Larissa to suffer, and it seems like they have the perfect opportunity to take it all out on her. Will 90 Day Fiance star Larissa succeed in convincing Colt to help her out? Or will Colt and Debbie stay adamant on leaving her out in the cold? Let us know in the comments below.