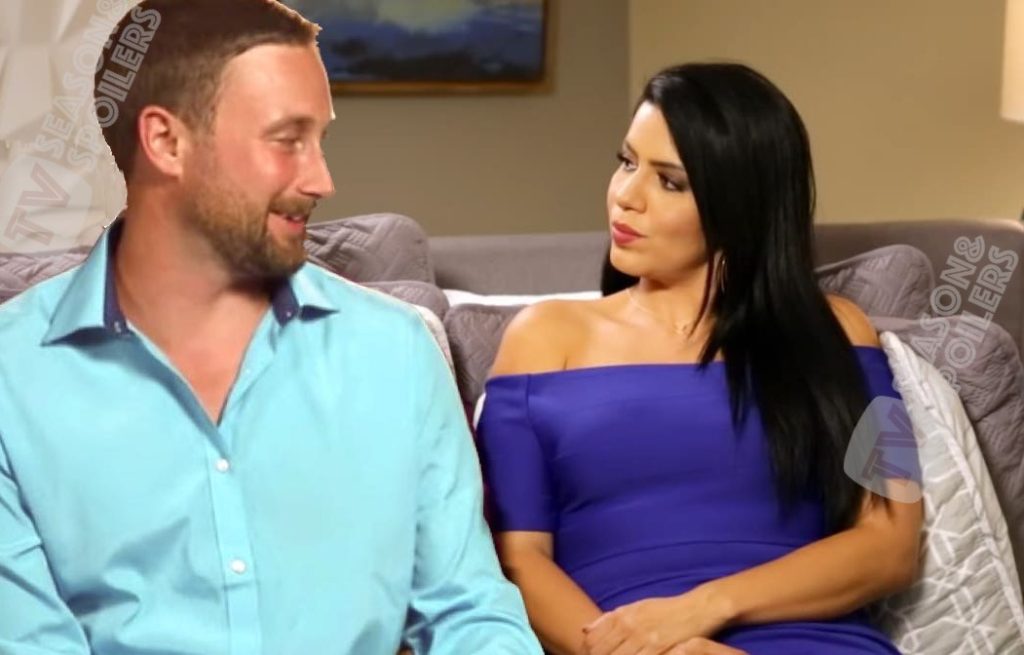 '90 Day Fiance': Larissa Reveals Evelin Was Deported Due To Illegal Work in US; Corey Asking Larissa For a Kiss?

90 Day Fiance: Evelin and Larissa are two of the most popular female contestants of the franchise known for their outspoken personality. Another common thing between them is that they have been famous for negativities. For instance, fans saw how mean Evelin was to Corey. As for Larissa, she is popular by the name gold digger more than she is with her queen title. And now, the two women are involved in a massive feud. Their inability to hold back while speaking is making things even spicier and interesting. Let’s take a look at this in detail.

90 Day Fiance: Evelin Doesn’t Like Larissa Hanging Out With Corey

Larissa and Corey have been hanging out together lately. But it seems like Corey’s ex doesn’t like the idea of her former beau spending some time with the queen. When Larissa posted pictures of her and Corey together, Evelin couldn’t hold her calm and blurted out insensitive remarks towards Larissa. First, she said that she has nothing against Larissa. But in an instant, she also called her a whole. Contradictory much? It seems like it!

However, we know that whoever messes with the queen dies. Larissa is no far behind in defending herself. She states that there is nothing going on between her and Corey. They hung out as friends and had a nice time. Larissa stated that they talked and had a few drinks. She also revealed that she helped Evelin out when she was dealing with haters online.

90 Day Fiance: The Queen Is Pissed Off! Exposes Evelin’s Illegal Activities In The States

In her previous post, Larissa was trying to be friendly with Evelin. But we can say that Evelin’s live video is likely to have pushed her buttons. She accuses Evelin of going too low and brings up stuff that can really cause harm to her image. Larissa also points out Evelin’s fake hate towards living in the States. She mentions that Evelin overstayed in the US illegally and worked as a babysitter.
https://www.instagram.com/p/B3JTPvoHbFp/?utm_source=ig_web_copy_link
Larissa asked Evelin how long she will continue lying to fans. She also exposed some details Corey told her. Apparently, he caught Evelin exchanging nudes with her ex. She was also reminiscing about the time they slept together in her bed. Larissa threw the fact that Corey told her everything in Evelin’s face! Now that’s like the classic queen move.

Evelin said that Larissa looked like Michael Jackson. The queen had the most amazing reply to this! She said that Corey begged her for a kiss. But she thought that he was too small for her and wasn’t her type. Larissa also states that Evelin broke up with Corey just because he was still following her haters. She is leaving Evelin to deal with her man. The ironic thing is that Evelin doesn’t want Corey but she also has a problem if he meets other women. Stay tuned for more 90 Day Fiance