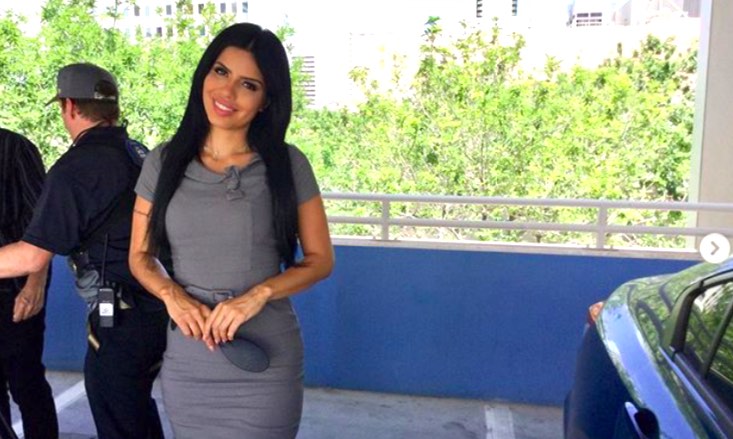 90 Day Fiance: Larissa Is Not Getting Deported, Looking For A Family Law Attorney

90 Day Fiance star Larissa has revealed that she is going to stay in the US and is not getting deported. Even though it seems highly unlikely, the Brazilian beauty says that she is ready to put everything behind her and hang in there. Let’s take a look at how she came in the position to give such a statement. She is going strong with her new man and is planning to stay in Las Vegas.

90 Day Fiance: What Is The Brazilian Bombshell Up To?

Larissa has been working on the progress of her brand and the included beauty products of a range named Here Kitty Kitty. She visited Boulder City, Nevada as a result of her collaboration with the brand Beauty Kitchen. Eric was there with her, accompanying Larissa at every step. He also posed with her for red carpet pictures.
https://www.instagram.com/p/BywQLKPnsYU/?utm_source=ig_web_copy_link
Larissa has managed to avoid some big jail time owing to her third domestic violence case. “It’s done. I’m here staying,” is her exact statement. Her third arrest occurred in January 2019. There was a physical altercation between her and her estranged husband Colt which turned quite nasty. If the arrest had taken place at that time, Larissa would have faced some serious issues. Most importantly, the US government would have deported her.
In Larissa’s hearing in May, the judge paused her case. She updated fans on Instagram that she is neither guilty nor unguilty for the crimes. She said that the charge is going to face a reduction to merely Disorderly Conduct when she follows the program of the court of law. Larissa cleared that her lawyer has said that it’s best not to comment on cases like hers as things can get quite unpredictable.
https://www.instagram.com/p/ByV0NhaHP3M/?utm_source=ig_web_copy_link

Larissa happily announced that she is staying in the US. She called her lawyer the best lawyer in Nevada and said that her immigration status is unaffected. She is required to go through a Justice Court Community Service Program. After she completes it, Larissa would be free from all the legal hassles. The charges from the arrest are now dropped and it seems like the queen has nothing to worry about.
Of course, this is not going to go well with Colt and the fans who think she used him for his money and the green card. How do you think Colt and his mom will react? Let us know in the comments below.