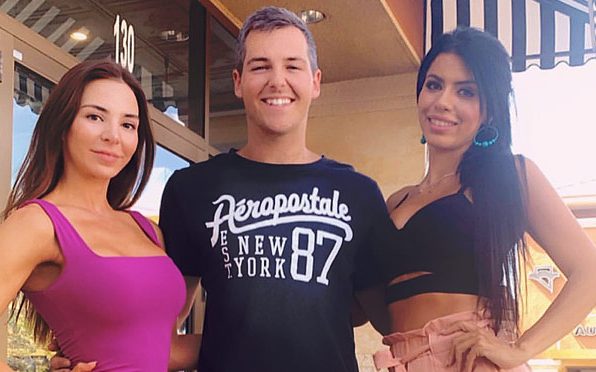 90 Day Fiance star Anfisa was in Las Vegas competing for her NPC fitness competition. She won three titles and ran into another queen. Guess what, she was the famous 90 Day Fiance: Happily Ever After star Larissa Dos Santos Lima. The historic meeting of the queens prompted both of them to post video clips to their Instagram stories.

90 Day Fiance: When The Queens Met In The Sin City

Anfisa took to Instagram to share a clip with Larissa. She said that she couldn’t leave Vegas without meeting the queen. To this, Larissa pointed at Anfisa and told that she was the only one. In short, both women called each other queens and burst into laughter. Anfisa then grabbed her crown, and the two women put it on together to pose for a selfie.
https://www.instagram.com/p/Bzokk_ynWuO/?utm_source=ig_web_copy_link
In the meantime, Larissa shared on her Instagram story a clip that queen Anfisa is with her. To that, Anfisa said that Larissa is the real queen and recited her famous quote stating that “Who is against the Queen will die!” We know how much controversy this quote originally caused on 90 Day Fiance.

Moreover, the bikini championship star Anfisa gave Larissa some tips to pose for a fitness competition. The queens also posed a picture with Larissa’s boyfriend Eric in the middle.

The recent weekend held the NPC Patriots Challenge competition. She won multiple titles and stood first in three contests. At the Patriots Challenge, she competed for Unlimited Bikini, Novice Bikini, and Overall Open Bikini. Fortunately, she won first place for all three titles. Two weeks ago, Anfisa made her NPC debut. She also won a trophy sword for winning the Overall Open category. Her accomplishments are impressive. Anfisa is an inspiration for millions of women who are going through a tough time.
https://www.instagram.com/p/Bzl7Xu3Hdju/?utm_source=ig_embed
Her husband is serving in prison which has caused Anfisa to go through a tough time. But instead of drowning in depression, the fitness icon focussed on achieving her goal. Finally, she is the winner of three events. It’s great to see all her hard work pay off.

When it comes to Larissa, controversies come along. As for her, it seems that the difficult times are nearly over. In the pictures, Larissa looks happy. It seems like she is relieved from all the stress surrounding deportation. She is finally out of her relationship with Colt and looks happy with her current boyfriend Eric.
What do you think of the meeting between the two queens? Let us know in the comments below.