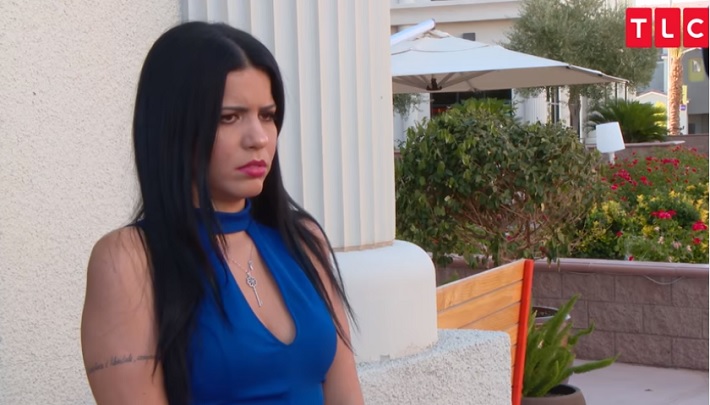 90 Day Fiance star Larissa’s breakup with Eric is the latest buzz going on in the entertainment world. The queen recently called it quits with her new boyfriend Eric. She stated that there are no regrets but she needs to focus on herself. Immediately, the comments section got flooded with gold digger blames. Most people accused her of milking Eric of all the cash and dumping him when he could no longer provide for her.

90 Day Fiance: Larissa Explains Herself In a Video

Larissa recently took to Instagram to reveal that she made her breakup official because she is a public figure. She made a single post to let her followers know what went down with her and Eric. Then Larissa stated that she has been getting a lot of comments of people saying that it’s all a promotion and a tactic to create drama. But she says that they don’t need any drama related to relationships. Larissa made it perfectly clear that they are over.
As for the reason for her breakup with Eric, she says that there is no reason. Since she is a public figure, she just wants to tell them that they are not together anymore. She addresses the blames on Eric and him trying to use Larissa for fame. Larissa goes on to say that Eric is a great person and he would never do something like that.

For those who are calling her a gold digger, she says that she can pay her own dues. They just don’t agree over some things, and that is the only reason why they have decided to go separate ways. Earlier, she texted Eric, and there was no response from his side. So, she made the breakup official for her followers even before confronting Eric. There was a time she mentioned that both of them couldn’t keep their hands off each other.

, there were no complaints. Moreover, none of them hinted about any problems the couple was facing. However, in the breakup note, Larissa mentioned that it was a series of events that led to her breakup. The split was a total shock for 90 Day Fiance fans who thought that Eric might be the one. One fan also asked her whether she is getting back together with Colt. To that, she replied that they are divorced and he is a thing of the past. Meanwhile, Colt is with Jess Caroline,`q and her pregnancy rumors are skyrocketing. Larissa has decided to do some soul searching and focus on herself.
At one point, there were rumors of them being approached to star in the next season of Happily Ever After. But this breakup might change their minds. Even if they do, this time too, it wouldn’t be a happy ending for Larissa. What do you think is the real reason behind Larissa’s breakup? Let us know in the comments below. Stay tuned for more 90 Day Fiance  updates.