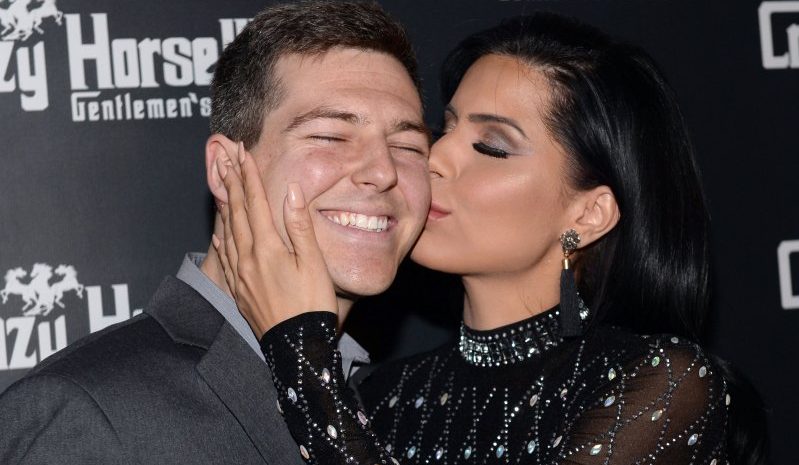 90 Day Fiance: Larissa Reveals All About Her Relationship With Eric

There was a time when Larissa was making headlines that stated abusive relationships and ugly breakups. It seems that life has taken a new turn for the 90 Day Fiance alum. Now, it looks like she is committed to be hashtagged in those famous relationship goals posts on social media. She is gushing over her relationship with Eric. Let’s take a detailed look in the comments below.

Recently, the Brazilian queen Larissa from 90 Day Fiance gushed over her newly found love. She calls her relationship with Eric healthy and is totally fawning over her new boyfriend. She is giving updates about her current lifestyle. Larissa is extremely grateful for meeting Eric. She states that the connection between them is incredible.
Larissa has completely moved on from Colt. It is clear in the way she speaks of her new flame. They met on Tinder and she made her romance public about a month after Colt filed for a divorce. When she came out with her new relationship in public, most fans congratulated her. Some even went on to call Eric an upgrade to Colt.
https://www.instagram.com/p/B0o9hHWHGml/?utm_source=ig_web_copy_link
Larissa stated that there was a time she thought that all her happiness is gone. But now, she feels peaceful. In March, the Brazilian bombshell hosted a divorce party in Crazy Horse 3 club. At that time, we saw the new couple walk together on the red carpet. It seemed like their PDA was a highlight for the cameras that day. At that time, people perceived Eric to be the rebound guy. For your information, they are still going strong.

90 Day Fiance: An Insight Into Larissa And Eric’s Intimate Life

Joining in the locker room talk, we can say that sparks are flying between the couple! Larissa has subtly praised their sex life. She stated that they love to get all hot and heavy more than two times a day. Well, even though the information might seem awfully personal, she has made it clear that her boyfriend is not able to keep his hands off her.
https://www.instagram.com/p/Bzi41i3nz6S/?utm_source=ig_web_copy_link
Larissa is going to hold her birthday party in Vegas. She is looking forward to enjoying the event with her loved one. Unlike when she was with Colt, Larissa seems extremely happy with Eric. There is a group of fans that think that it was all Larissa’s fault with what happened with Colt. However, the other half seems to disagree. Separate teams have formed after their separation but now, Larissa and Eric are on the same team. They have each other’s backs and Eric is surely treating Larissa as her princess.
It seems like Eric and Larissa are truly hitting it off. But there was a time when Larissa and Colt were inseparable. Do you think it’s just a rebound fling or has Larissa really found the one? Let us know in the comments below.