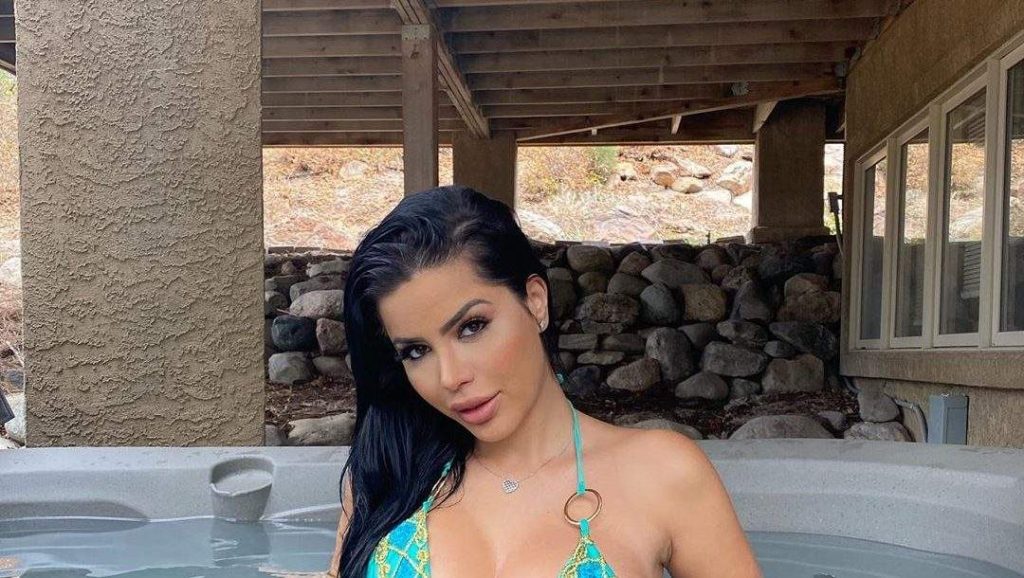 90 Day Fiance: Larissa’s Belly Button Has Faded Away Due To Next Level Cheap Plastic Surgeries, Fans Are In Shock

Larissa Lima has been very vocal about the fact that she’s had plastic surgery and cosmetic procedure done to look the way she does. However, fans think that the 90 Day Fiance alum might be hiding that she’s had way more surgeries than she has revealed. This is because her belly button has almost faded away, which could likely be the result of many or cheap procedures. On the other hand, a few people think that it can also be the result of excessive photoshop. Here’s a detailed look at what happened.

After a series of troubles, the former 90 Day Fiance star is ready to turn her life around. She’s been picking up more and more projects each d ay alongside successfully running her OnlyFans account. Hence, the TV star recently uploaded a bunch of pictures on her social media in some pretty lingerie. All her photos have got much love and like from her fans. Besides, her popularity seems to be growing despite not starring at the TLC show anymore. However, all this is coming to her after a series of plastic surgeries and cosmetic procedures done on her body.

The popular celebrity has been quite vocal about the plastic surgeries she has had. However, it seems like the number of surgeries was quite higher than she told everyone. Well, a lot of fans have pointed out, looking at one of her latest pictures, that her belly button has almost faded away. ScreenRant reported that a Reddit thread says Lima has had many surgeries. Due to them, her belly button has smoother all the way out. Out of plenty of similar comments, someday that this could be because Larissa had a tummy tuck surgery.

90 Day Fiance: Did Larissa Have A Cheap Surgery?

Aside from being vocal about the procedures she’s done on her body, Larissa has also mentioned the amount of money she spent on them. Well, she previously explained having spent over $72,000 on plastic, maybe excluding other procedures. However, fans are now thinking about whether they should believe her or not. This is because of the way her belly button looks. Well, people on Reddit have said that the faded away portion of her midsection might be the result of cheap surgery.

In fact, people have pointed out that a good cosmetic surgeon wouldn’t have made such a silly mistake. Hence, there could be a chance that she’s had cheap surgery causing this result. However, with the amount of money she says she has spent on her procedures, it’s hard to believe that her doctors did such a bad job. On the other hand, some other fans think that the disfigured belly button could be a result of poor editing skills. Whereas, some people are still asking her to move to her kids and be with them. As of now, nothing could be said about what’s actually happened to her belly button.

What do you think about Larissa Lima’s new look? Tell us in the comments below. And for more updates, keep coning back to TV Season Spoilers for all reality TV news and updates.