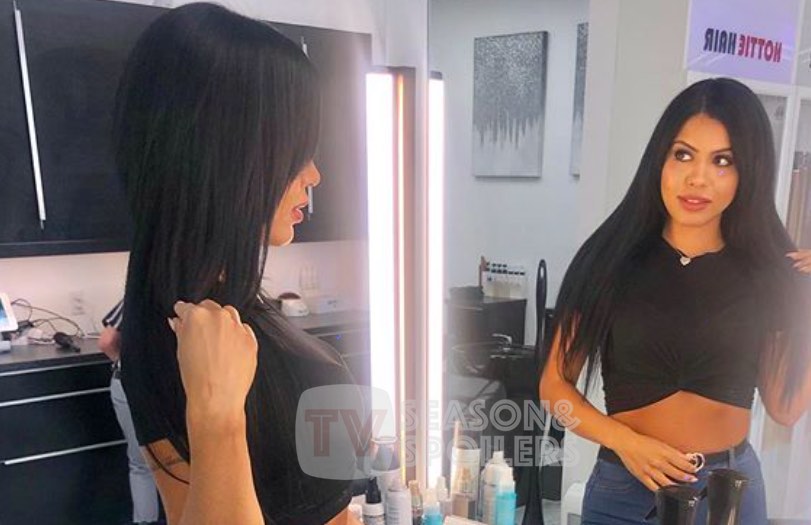 After breaking up with Eric officially on social media, Larissa is back out there on the dating game. John Yates recently took to Instagram to reveal two screenshots. One from Larissa’s story and one from his own. Both had Larissa’s dating profile, but two details were missing from the first one.

90 Day Fiance: There is a Lot Larissa’s Profile Has To Say

Larissa’s profile states that she is a shy and funny girl who enjoys simple things in life. She is looking for a local Vegas guy who is strictly monogamous. Well, that makes it clear that she wants the guy exclusively for herself. In exchange, this probably means that she is planning on being exclusive to the guy as well!
https://www.instagram.com/p/B3U7GSKHNhp/?utm_source=ig_web_copy_link
She states that she is independent. But she doesn’t want to pay the bill. This statement has caused a lot of controversies, but it seems that the queen is going to stick to it. She also states that good personal hygiene is a must!

90 Day Fiance: What do fans have to say?

David, another 90 Day Fiance alum left an amusing comment. It seems like Larissa is on to something. A fan said that she wants a guy who is the opposite of his ex. One fan pointed out that there was a time Larissa posted on the internet that the guy needs to share his credit details and social security number. Another says that she is consistent in wanting someone who can pay his own bills.
https://www.instagram.com/p/B3REEU2nf6v/?utm_source=ig_web_copy_link
One fan takes a dig at her procedures and says that she should find love soon because she is going to deflate real bad. There are arguments for this as fans who have got fillers and botox seem to think differently. Anyway, there is one user whose comment is likely to have got Larissa burned! She stated that Larissa should better post that she is a sexy foreigner in Los Angeles looking for a green card and unlimited botox.

Recently, there was a video of Eric hanging out at a gay club. After the breakup, we also saw him hanging out with Colt and Debbie. Of course, it’s possible that his sudden closeness to Larissa’s ex was out of spite. It seems that he is still pissed at her for not breaking up in person and straightaway heading to social media with the news.


https://www.instagram.com/p/B2wY9p-nrmz/?utm_source=ig_web_copy_link
Recently, speculations regarding Larissa and Corey arose. But both of them shut them down. Larissa stated that Corey is not her type. On the other hand, Corey said that Evelin was the one for him. Do you think Larissa will finally find her Mr. right? Let us know in the comments below.