It seems like 90 Day Fiance star Laura doesn’t get tired at all! She has been after Corey and Evelin for a long time and is not letting anything go. Once again, she took to social media to make some revelations about Corey and Evelin. This time, she is claiming that they have faked their entire story on the show. Moreover, Laura also goes on to say that they have been married all along. Let’s take a detailed look at this.

In her recent Instagram live, Laura says that Corey and Evelin should stop lying and come clean about their relationship. She advises them to tell sharp entertainment that they were already married. She also says that Corey needs to stop drinking and driving. Earlier, she also accused of Evelin having an extramarital affair and expecting Corey to be okay with it. In that case, she was trying to portray Corey as the victim and Evelin as the villain. 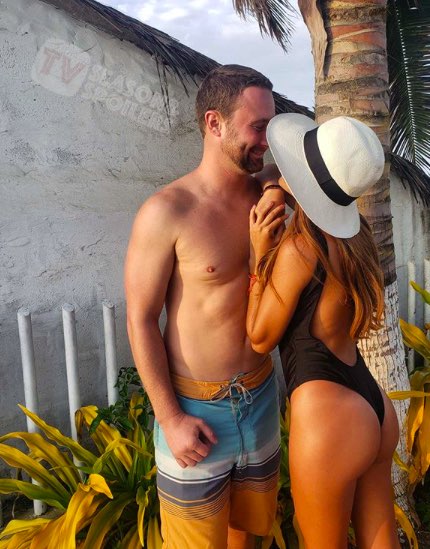 But afterward, she started to accuse Corey as well. Earlier, when she split up with Aladin, Laura came to Ecuador and turned to Evelin for support. They became besties, and we could also see them defending each other on Instagram. But after some time, we saw their friendship fade and eventually end completely.

At a time, she even got involved with Evelin’s ex Raul. What drove a wedge between Evelin and Laura is still unknown. However, they both have been a little unstable on the show. So, there is a possibility that there is no requirement of any third wheel to drive them apart.

90 Day Fiance: What Do Fans Have To Say About Laura’s Accusations?

In the comments sections, we can see that fans have some of their own advice to give to Laura. They are asking her to shut up and sit down. One fan says that it’s ironic that she is the one talking about coming clean, considering the chaos about her fake pregnancy. The common opinion states that she needs a life. Moreover, another fan accuses her of having no loyalty.

Just want to thank the cast of 90 TOW for a the ride of our life! My new family, thank you for your support, love and frienship….your the best ! #90dayfiancetheotherway #tlcnetwork #family #ilovenyc #90daytellall #notdeported

Laura has a history of lying. She received a lot of hate for lying about her pregnancy to gain Aladin’s attention. Even other 90 Day Fiance stars called her out for this. She also admitted to using Danielle Jbali’s new man for money, according to Danielle’s screenshots. Considering the source from which the news of Corey and Evelin’s fakery is coming from, we can’t vouch for that being true. Do you think Laura is making things up? Let us know in the comments below. Stay tuned for more 90 Day Fiance updates.