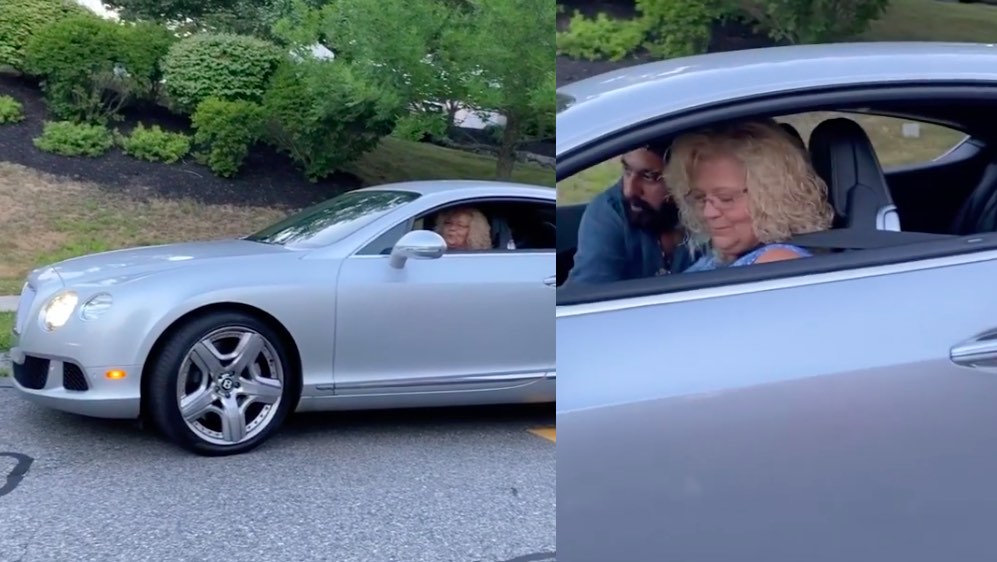 It looks like Lisa from 90 Day Fiance: Before The 90 days is in a good place financially. She recently purchased a Bentley from the Cameo money. It’s not a surprise considering that most of the stars that have been on reality shows have a Cameo account where they offer personalized video messages. However, she is making it seem like it’s Usman’s cameo money that she has used to buy the car which, according to her, is a boss move from her side. Let’s take a look.

She recently shared a video of a man dancing and publically thanked him for sending a video. She also called him ‘baby boy’. Well, no one made any efforts to do some innovation in making up nicknames! She clearly ripped off Usman’s nickname for her aka baby girl Lisa.

Usman has been claiming that he is in the process of completing the divorce proceedings. In a recent post, he stated that he can’t wait for Lisa and him to separate. He also denied the allegations Lisa made about Usman being gay. In an Instagram post, he clearly stated that he is not gay and he will never be. But the 90 Day Fiance: Before The 90 days also added that he has nothing against the LGBTQ community. However, he wanted to keep his name clear from Lisa’s accusations.

Lisa recently stated that she was waiting for the paperwork to sign so that she could get it all over and move on. But it looks like she already has with a dancer of an amazing build! Most fans describe Usman and Lisa’s relationship as an abusive one. Lisa also used the N-word for Usman which had their argument escalate to a whole new level.

Lisa has been holding on to Usman’s money and has now probably purchased the Bentley with it. This action makes her seem like a scammer. But she used the same word to describe Usman’s actions towards her. According to Lisa, Usman targeted her for a classic romance scam and used her for money and fame.

Do you think Lisa’s scam accusations against Usman hold any value after she bought a Bentley with his money? She’s showing off the car on her Instagram! Let us know what you think of Lisa using his Cameo money in the comments below.