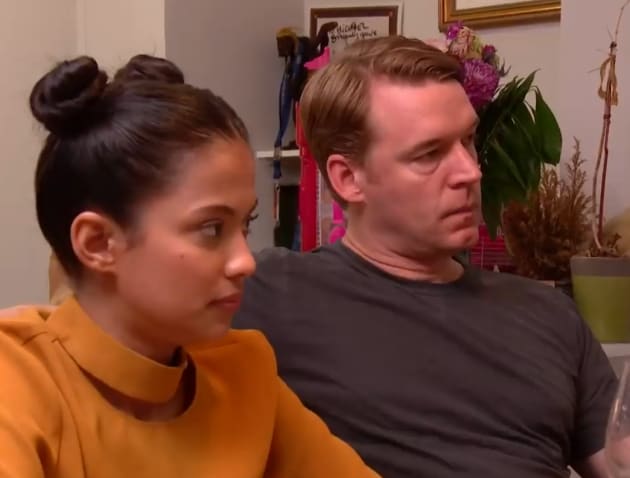 90 Day Fiance: Michael and Juliana Addressing The Question About Prostitution

90 Day Fiance: No relationship comes without challenges. Especially if it’s between two people that are not perfectly suited according to the general public, it can wreak havoc in their lives. Most of the time, the couple has to address uncomfortable questions of the general public. The same is happening to Michael and Juliana. Let’s take a look.

Michael, a 42-year-old entrepreneur from Greenwich is engaged to a 23-year-old Brazilian model Juliana. When she was 20 years old, he met her at a yacht party in Croatia. We can say that he spends a lot on his bae. At the starting of the episode, he revealed that he has spent $4000 on a necklace he bought for her. She also has access to his credit cards and has also bought a car from that.

When the producers ask him how much he has spent on her, Michael is hesitant to provide an exact figure. He says that the amount is somewhere around $150,000. Juliana didn’t pass for the tourist visa for the US and they have denied it twice. At the time, the only way she could come to the States was only if she got a K1 visa.
Michael happily flew for the interview. But it didn’t go well. Juliana stated that they asked her stupid questions. One of them was whether she has worked as a prostitute in the past 10 years. According to Michael, they should not be supposed to ask questions like these. Moreover, he was outraged and criticized the authorities for the same.

Juliana wants to come to the States to be united with Michael. However, she is from a very poor part of Brazil and the authorities suspect that she wants to come to the US to get involved in illicit activities. He says that it’s completely inappropriate to even ask a question like that. As for Juliana, she is a model and a young girl. So, she gets to travel. According to Michael, that doesn’t mean she is a prostitute.
Another hurdle in their way is that it has been tough to get a police report saying that Juliana

has never done any crime. Michael is worried that if she can’t get a visa, what kind of relationship will they have? Since he has two kids, settling in a third country is not a viable option for the couple. Even if she manages to get a visa, will she be able to adjust to the new life when Michael is already a father to two kids? Let us know in the comments below. Stay tuned for more 90 Day Fiance updates.