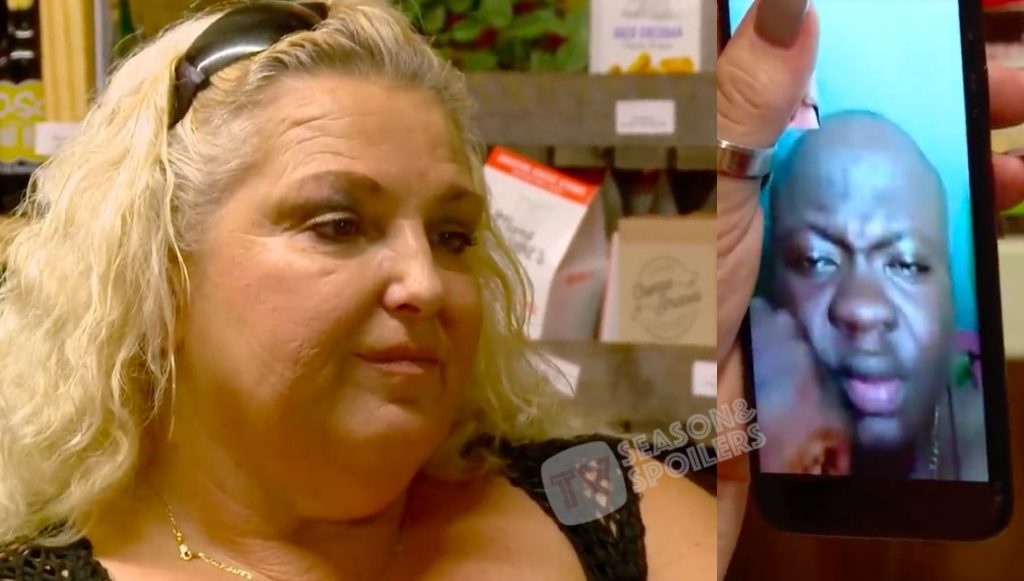 90 Day Fiance News: Multiple sources suggest that Michael failed his visa interview once again. On the other hand, there are some people saying that he is in the States. What’s the scoop? Let’s take a look.

We saw Angela give Michael the ultimatum this time. She stated that if his visa got denied this time, she wouldn’t be able to help him. Moreover, their relationship was likely to be over. But in the preview trailer, we see Michael crying while face-timing Angela. There is a chance that he got his visa, and those were tears of joy. But, on the other hand, his visa might have gotten denied. Angela asks her whether he still wants to get married. After that, the scene cuts straight to the part where she says that it’s painful.

Angela tells that if Michael doesn’t take this seriously, they are going to deny the visa. The officials would have also asked him some questions about Angela’s family. According to @FraudedbyTLC the possibility of Michael’s denied a visa is spreading like wildfire. Of course, fans are reacting to the speculation. Let’s take a look.

90 Day Fiance: What Do Fans Have To Say About Michael’s Visa Situation?

Some fans are saying that he deserves to get to the US. It is kind of like an award for putting up with Angela. Most viewers think that she has been abusive and controlling throughout her time with Michael. Another fan points out that he is not attracted to Angela at all. She also says that immigration is not foolish enough to approve his visa.

On the other hand, one says that it’s good for him if its visa didn’t get approved. According to the fan, he is better off without Angela. Jason hitch also entered the conversation and said that Michael had been denied the visa. In fact, he also claims that he got this information from a very reliable source. A previous cast member of 90 Day Fiance told him that Michael got denied. Moreover, the cast member also said that the show had brought Angela on the show only because the current cast is not as interesting as previous ones.

90 Day Fiance: Michael Currently Not In The US

As for the present circumstances, we know that Michael is not in the US. This week, the entire cast was in New York to film the Tell All. However, the pictures don’t mention Angela or Michael anywhere. This makes it clear that he is not in the US. On the other hand, there is a chance that Angela might get her own segment of the Tell All due to the chaos she made earlier.